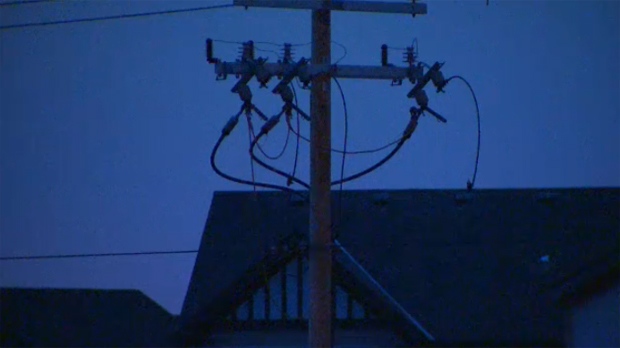 An early morning power pole fire near the intersection of Macleod Trail and Highway 22X led to traffic detours while ENMAX crews replaced the damaged post.

At approximately 6:00 a.m. Sunday morning, fire crews responded to the scene and extinguished the blaze.

All lanes of northbound and southbound Macleod Trail between 194 Ave and Highway 22X were closed for several hours to facilitate ENMAX’s replacement of the power pole.

According to the Calgary Fire Department, power pole fires are not an uncommon occurrence in late winter as the build up of dust and road salt combined with frost can lead to electrical shorts.