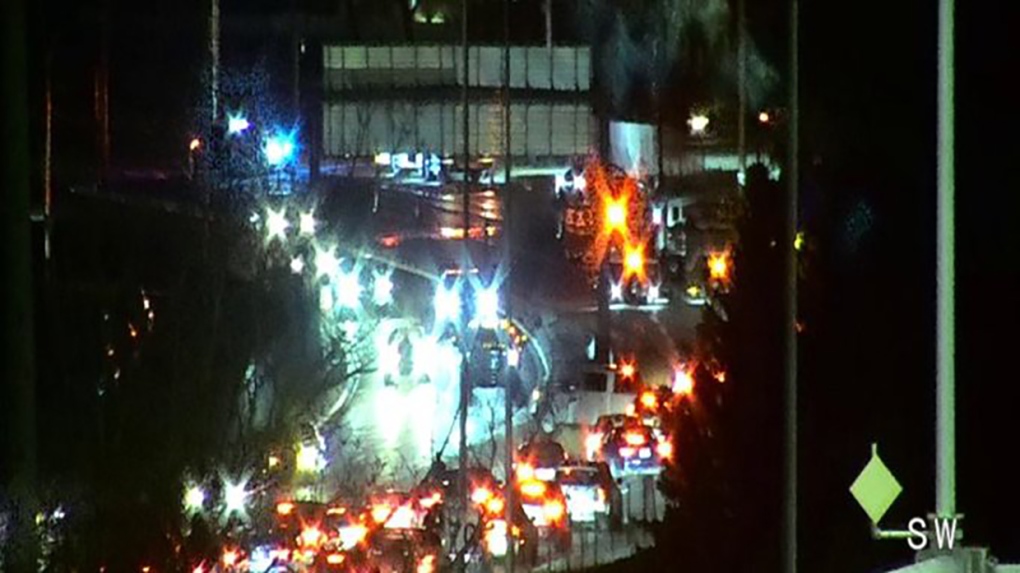 Traffic backed up on Shaganappi after a vehicle struck a light standard just before 6 p.m. Southbound Shaganappi is closed and power is out in 1,100 homes in the Varsity area
CALGARY -

Power has been restored for approximately 1,100 homes in Varsity after a car crashed into a light standard Thursday on Shaganappi Trail, knocking it out for over two hours.

Good news, power is now back on in Varsity following an outage caused by public interference. Stay up to date on any potential future outages using the ENMAX Power app. Learn more at https://t.co/WOjWO0qDpP. #yyc pic.twitter.com/NOECp5Wi41

Earlier in the evening, an Enmax spokesperson confirmed the incident, which took place around 5:43 p.m. at Shaganappi and Varsity. The light standard fell on some power lines causing the power to go out in the neighbouring district.

We're responding to an outage impacting 1,109 customers in Varsity. Use the ENMAX Power app or visit https://t.co/lR9Y08XiSU for updates on cause and restoration time. (Ref. 8446) #yyc pic.twitter.com/HeEGYukoeL

According to @YYCTransportation, southbound Shaganappi is closed to traffic. Police advise motorists to seek alternate routes.