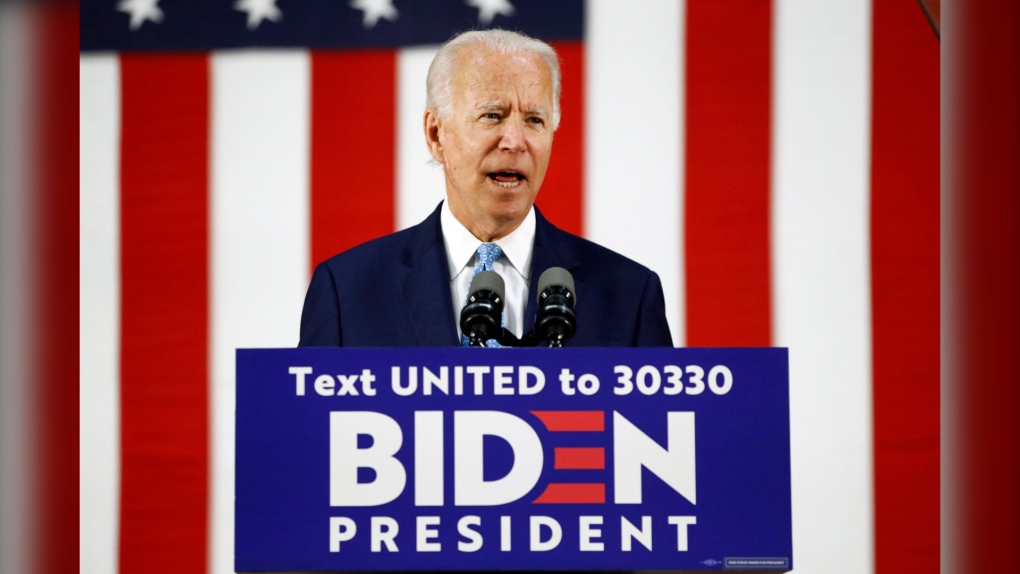 The presumptive Democratic nominee has vowed to rip up President Donald Trump's approval of the Alberta-to-Texas crude oil conduit if his party wins back the White House this fall.

Kenney says his government would be reaching out to Democrats who support the project, as well as unions with members who would be put to work building it.

The premier says he believes those allies would impress upon Biden's campaign the importance of the project to North American energy independence and national security.

He adds the federal government should remind Biden's team that cancelling the $8 billion pipeline expansion would mean a “terrible blow” to the Canada-U.S. trading relationship.

Kenney made his remarks at a TC Energy pipe yard in Oyen, Alta., where he and industry officials celebrated the beginning of construction on the pipeline's Canadian segment.

“We will use every tool at our disposal to get this project done,” the premier said Friday.

He said that involves doing what the province can to help TC Energy fight U.S. court battles against the project and stepping up Alberta's presence south of the border, including with a new office in Houston.

Keystone XL is an expansion to an existing pipeline network to increase the flow of Alberta heavy oil to Gulf Coast refineries by up to 830,000 barrels a day.

It was first proposed in 2008 and has been dealt a litany of legal and regulatory setbacks over the years. It has been met with fierce opposition on environmental grounds.

“This is about leadership and you can't do that without taking risks,” Kenney said.

“And so we have taken a conscious risk to get construction started, to create facts on the ground and we look forward to working with the many key leaders in the United States to support that.”

This report by The Canadian Press was first published on July 3, 2020