As the Irvine family spent hundreds of days in Alberta hospitals watching their little girl Evanna fight for her life, they held onto the dream of getting her to Disneyland once they were through it.

Now that their five-year-old’s health is terminal and travel is no longer an option, a fellow Calgary mother threw a princess tea party to bring Disney to Evanna.

“I would sit beside her bed and I would even talk to the ICU nurses and say ‘one day, we’re going to go to Disneyland and this will be just a memory,'” said Evanna’s mother, Kierra Irvine.

“Unfortunately that ‘one day’ never happened ... it was very crushing.”

On Friday, a ballroom at the Fairmont Palliser was adorned with silver, white and blue decor in the style of the Disney blockbuster Frozen, Evanna’s favourite movie.

Both Anna and Elsa played with the guest of honour until high tea and goodies were served. Spider-Man also entertained Evanna’s little brother Bennett.

The party was Laura Bezemer’s idea, even though she had never met the Irvine family before.

She reached out to TV personality and lifestyle influencer Jillian Harris, who agreed to cover the cost of the venue and catering for the princess party.

“She still is at heart an Alberta girl with humble roots who cares about her community,” said Bezemer. 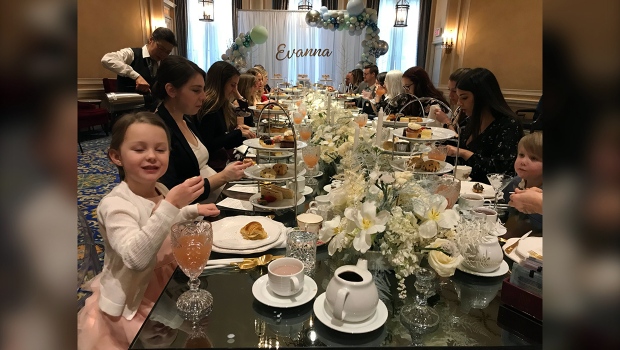 Giving back to the caregivers

The Irvines invited their ‘second family’ of home-care nurses and medical professionals who’ve been along for Evanna’s journey to the tea party.

Cardiologist Dr. Deborah Fruitman has been working with the family since before Evanna was born.

”She has a hole in the middle of her heart," said Dr. Fruitman. "She has a normal body artery, but her lung artery was absent."

Evanna is no longer a candidate for any transplants or surgical options, after having six major procedures, the most recent of which took place in California in April.

She depends on a full-time ventilator.

“We’ve been through ups and downs and they are just an amazing resilient wonderful family and Evanna is just so amazing with what’s she’s able to do,” said Dr. Fruitman.

The Irvines say every day they spend with Evanna is worth celebrating. 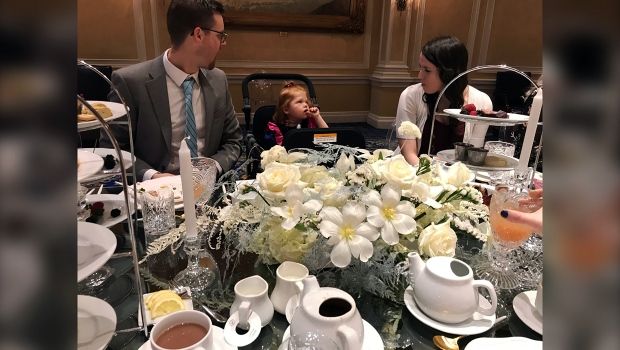 “Her upcoming birthday is going to be even more special for us because it could potentially be one of her last birthdays we have with her,” said Irvine.

Their story is shared at theirvinefamilyblog.com