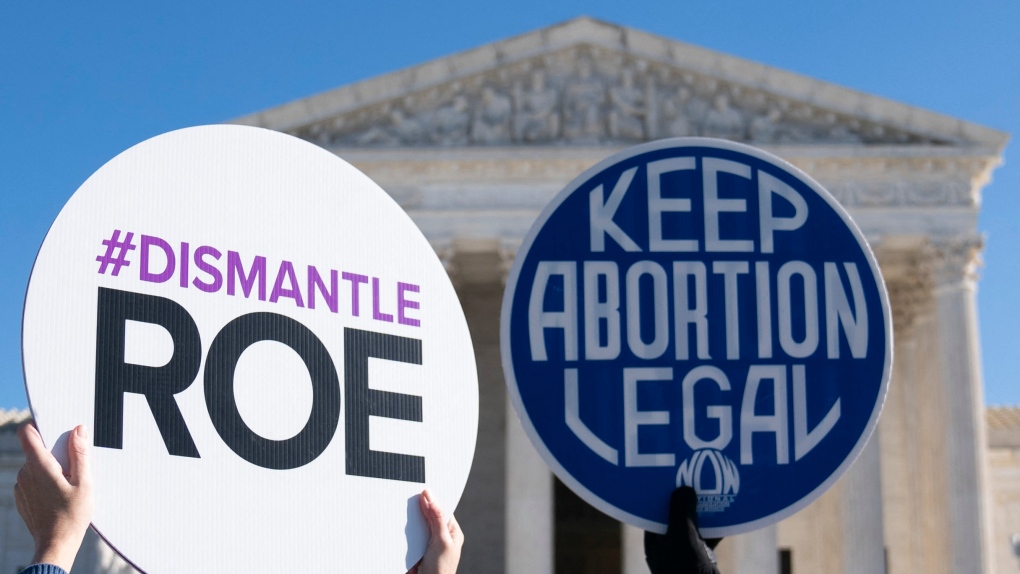 Pro-life activists counter-demonstrate as pro-choice activists participate in a demonstration outside of the U.S. Supreme Court on Jan. 22, in Washington, D.C.

A group of Calgarians who are passionate about abortion rights in North America will be gathering at Olympic Plaza this weekend.

The movement, which is in support of the reproductive rights of women, is demonstrating ahead of the U.S. Supreme Court's decision on the landmark Roe v. Wade case, a judgement that allowed women the right to have an abortion if they choose.

Calgary's rally is scheduled to take place at noon on Sunday at Olympic Plaza, but smaller groups will be demonstrating at other locations at the same time.

Organizers, in a release, said the issue is of the utmost importance in Alberta, a province that is "under the jurisdiction of a Republican friendly UCP government."

"The UCP’s muted response to the attack on reproductive freedoms has been unsurprisingly disappointing, but more importantly, it's telling," the group said in a release.

"The UCP government has a record of disrespect for the will of Albertans despite public action, protest, and negative feedback."

It goes on to say that many Albertans in rural and remote areas are already struggling to secure proper care for their reproductive health and organizers are concerned that if Roe v. Wade is overruled, the UCP government "may seize the opportunity to push a regressive health agenda."

"Albertans stand with Americans and people around the world who agree that reproductive freedom is a human and civil rights issue."

While UCP leader Jason Kenney has had strong opinions on abortion in the past, he responded to the Official Opposition's calls for a "guarantee" on such services by saying they weren't needed.

"The member is trying to create controversy in Alberta where there is none, and, Mr. Speaker, there is no precedent in place for us to get involved in a running commentary on decisions of foreign courts," Kenney said during question period at the Alberta legislature earlier this month.

Further details on the movement can be found online.