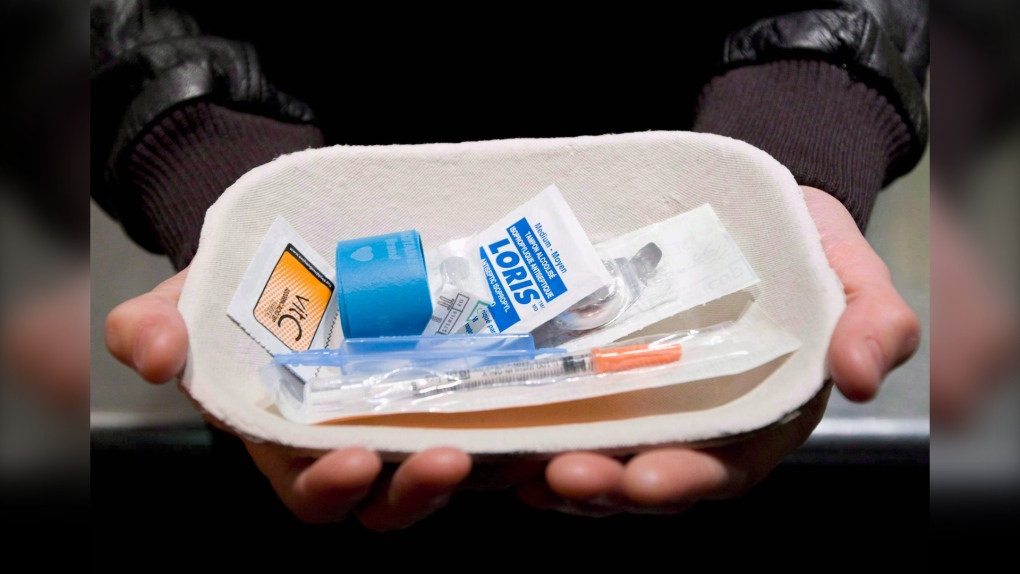 Protesters gathered outside city hall in Lethbridge to once again voice concerns about a pop-up consumption site being operated. (File photo)

LETHBRIDGE -- More than a dozen people turned up outside Lethbrtidge city hall Monday afternoon, displaying frustration toward a pop-up overdose prevention site (OPS) that went up over the weekend.

“People have spoken. The majority of the citizens of this community have spoken, they don’t want that activity going on here," said protestor Mike Hoffman.

"Therefore it shouldn’t be continuing."

Protesters were drawn to city hall after the pop-up OPS began operating over the weekend. The city says it is investigating the site, currently being operated by volunteers with the Lethbridge Overdose Prevention Society (LOPS), which is made up of former employees of the ARCHES facility.

“We understand it's upsetting for the community, we know it's a very complex issue with multiple parties involved” said Mayor Chris Spearman.

Lethbridge police have not made any arrests or laid charges regarding the pop-up site.

“Arrests were not made because we did not witness nor did we see any criminal activity,” said acting Insp. Cameron Van Roon.

Protesters also gathered on Saturday and Sunday in the park where the pop-up site is operating.

ARCHES officially closed its doors on Aug. 31, but was replaced by a much smaller site run by Alberta Health Services. However, LOPS said the new facility is only able to help 10 per cent of the people ARCHES did, so that's why the OPS was set up.