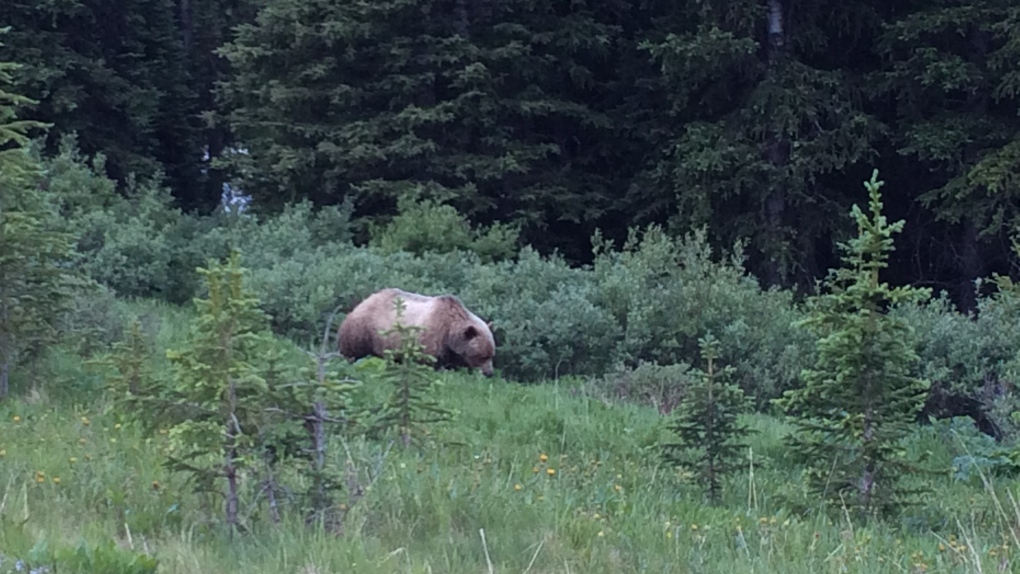 Based on DNA analysis in each of the seven Bear Management Areas, there are between 856 and 973 grizzly bears in Alberta.

CALGARY -- For the first time since grizzly bears were listed as a threatened species in Alberta, the province has completed a comprehensive population estimate.

Based on DNA analysis in each of the seven, bear management areas, there are between 856 and 973 grizzly bears in Alberta.

The studies, conducted by the Foothills Research Institute also found the grizzly population has doubled in the foothills areas east of Banff National Park.

In an unpublished interview with provincial wildlife staff conducted in 2019, one official said a recommendation to remove grizzly bears' provincial "threatened" status was expected in 2020. Last year the province denied that recommendation had been received.

If grizzly bears lose their threatened status, it would allow the province to issue a tightly controlled number of hunting licenses.

Alberta stopped issuing grizzly bear hunting licenses after the 2005 season. The last year of the hunt, 73 licenses were issued through a draw lottery and a total of 10 bears were shot.

Hunting is not the only implication of delisting the charismatic species. It would also reduce legal implications for people who shoot grizzlies in self defence, which happened on average three times per year between 2005 and 2014.

It could also change the way the province treats management boundaries and areas where bear populations are encouraged to expand.

Grizzlies once lived all the way to Manitoba, but intensive agriculture and the loss of the great bison herds have limited how much of the prairie would be suitable habitat.

The growth in population has already had implications for individual grizzly bears. Bear 148, a well documented female that spent much of its early life around the town of Banff, was ultimately shipped to northern Alberta.

The six-year-old bear was in poor physical condition and had repeated close and sometimes aggressive encounters with people around Canmore until she was trapped in late July 2017.

Documents obtained through an Access to Information request showed Parks Canada and the province were both unable to find a protected area with few enough grizzly bears for her to have a reasonable chance of survival.

She was legally shot by a guided American hunter near McBride BC in late September 2017, two months after her release.