Putting a public face on a private issue 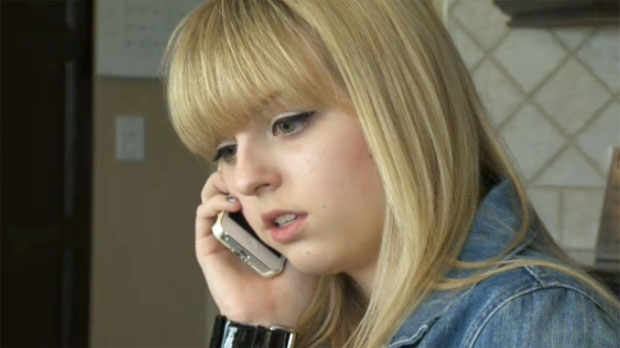 It is Mental Health Week in Canada and the daughter of well-known, former NHL player is speaking out about her battle with OCD and anxiety.

Kaitlin Hrudey’s mental health issues tore her away from family, friends and her life and she is now speaking publicly about her battle with mental illness.

“I want kids to know they are not alone. They can get through it,” said Kaitlin, “I know what it is like. I know that it is scary but tell someone, it gets better. I want people to know not to give up.”

It all started when she was 11 and she stopped doing the things she loved to do and seeing her friends.

She stopped dancing, started missing school and wouldn’t leave the house or her mother’s side.

Kaitlin is now 20 and is working and dancing once again.

She is having more good days than bad and her family is close and supportive.

Her father says getting professional help started the road back.

“It is very important. Why have people suffer? Had we not been able to find someone to help Kaitlin who knows how much longer she would have suffered, going through this by herself,” said Kaitlin’s dad Kelly.

Kaitlin is still seeing a psychologist and is learning how to cope and keep the thoughts that held her prisoner for so many years at bay.

She says talking helps and she is eager to help others who also suffer from mental illness.