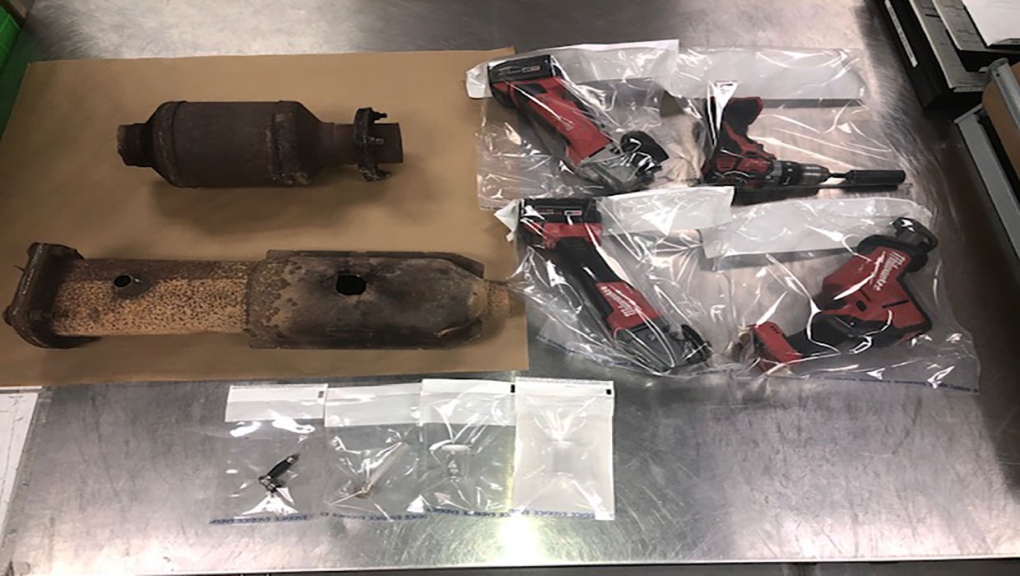 The incident in question took place around 8:30 p.m. on Saturday when a victim flagged down an Okotoks RCMP officer to say he was parked nearby when a man cut the catalytic converter off his vehicle and fled in what appeared to be a white Chevy truck.

More Okotoks RCMP officer showed up and were able to locate a truck that matched the description.

Both occupants were arrested and a search of the vehicle resulted in the seizure of a number of catalytic converters, power tools and a small amount of suspected cocaine.

"Due to the quick response of the Okotoks RCMP memebers, the stolen property was recovered and this theft was solved," said Staff Sgt. Zane Semaniuk in a release.

The incident is the latest in a string of catalytic converter thefts acrosss the province. In Edmonton, more than 300 have been stolen since October.

They are usually stolen to sell for parts. Replacing one can cost drivers around $2,000.