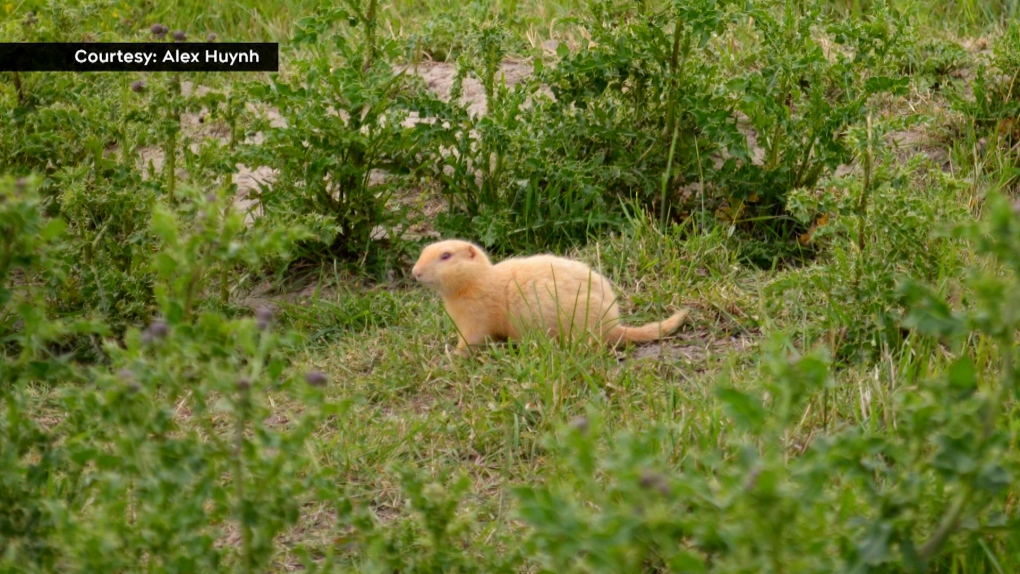 CALGARY -- A Richardson's ground squirrel with an unusual colour was spotted in Calgary's northeast earlier this week.

Alex Huynh was walking along a pathway in Monterey Park when they spotted the light-orange ground squirrel. As a biology student, Huynh instantly recognized the rarity of the animal and snapped a few pictures.

"This is the first 'albino' animal I've seen in the wild so I'm definitely geeking out at the moment." Huynh said about the sighting. "Hopefully some people find it as special as I did, especially during these times."

Dr. Gail Michener, a professor at the University of Lethbridge who has spent decades studying Richardson's ground squirrels, said while the critter is a lighter colour than usual, it is not albino — it likely has what's known as leucism.

"Leucism refers to variants that are much paler than typical, but not albino." said Michener about the unique colour.

"The most likely scenario is a rare recessive mutation of a colour gene, so that the condition is expressed only in offspring that happen to inherit the same recessive version from both parents."

There may also be a couple other animals in the area with that same coat.

"Statistically speaking, one quarter of the offspring of such parents would be leucistic, so the littermates would be a predominantly normal colour with one or two leucistic siblings," said Michener.