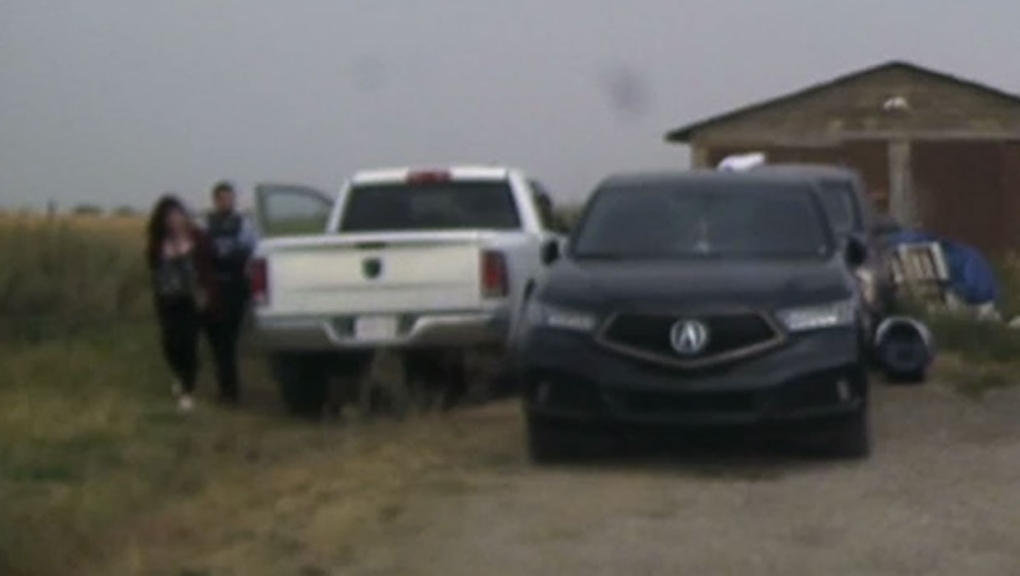 Strathmore RCMP arrested Hayley McGowan, 27, after she was allegedly found in possession of two stolen vehicles along with a number of tools used in thefts. (Supplied)

Officials say on Sept. 13, RCMP attended a rural property to search for two people, identified as "habitual offenders." Police found one of the individuals asleep inside a running vehicle.

"The vehicle, a 2012 Ram pickup truck and a 2019 Acura MDX parked beside it were confirmed to be stolen. The occupant in the pickup truck was roused and placed under arrest," RCMP said in a release.

A subsequent search of the vehicle discovered:

"Our members remain persistent in their crime reduction efforts which include active monitoring of habitual offenders in our service area," said Staff Sgt. Mark Wielgosz, Strathmore RCMP's detachment commander, in a release.

"In this case, those efforts resulted in the recovery of stolen property and additional charges laid on those allegedly responsible."

Police remain on the look out for the other offender, 36-year-old Kevin Prouse. Officials say a warrant has been issued for six new charges against him, including possession of property obtained by crime over $5,000 and five counts of failure to comply with a release condition.

Both of the stolen vehicles were returned to their owners.

If anyone has information on the whereabouts of Prouse, please contact the Strathmore RCMP at 403-934-3968 or your local police. If you wish to remain anonymous you can contact Crime Stoppers at 1-800-222-8477 (TIPPS), online at www.P3Tips.com or by using the "P3 Tips" App available through the Apple App Store or Google Play Store.