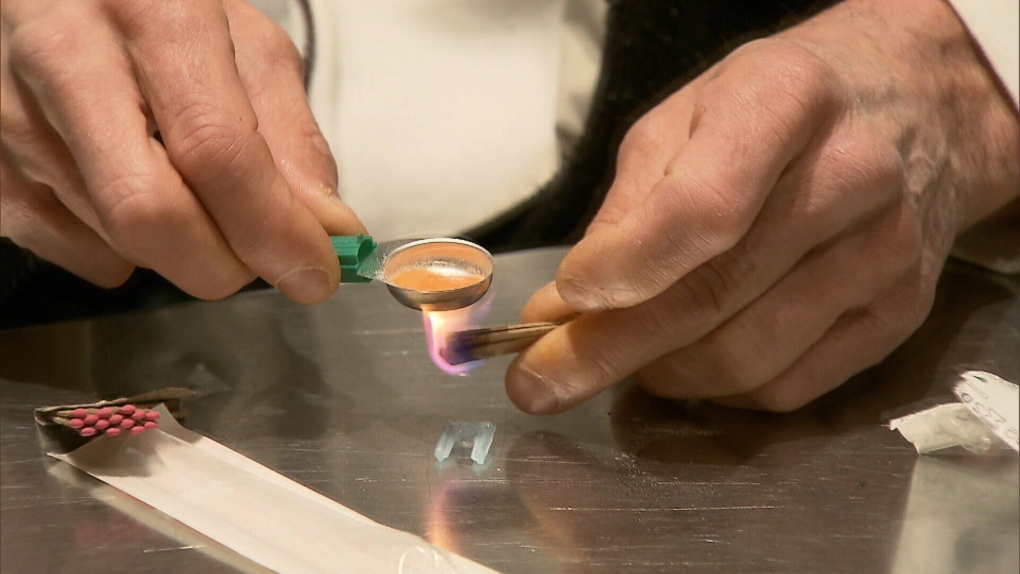 Wednesday marked International Overdose Awareness Day, a time set aside for families of loved ones who've died of accidental drug overdoses to reflect and remember.

The Alberta RCMP used the day to release statistics related to drugs, and highlighted specifically the role of methamphetamine.

According to official data, 800 people died of overdoses related to methamphetamines in Alberta in 2021, an increase of 28 per cent compared to 2020.

"Methamphetamine is pervasive in our communities and has contributed to property crimes and crimes of violence," the RCMP said in a release.

"The Criminal Intelligence Service Canada identified methamphetamine as having one of the highest threat levels 'due to its geographical reach, high burden of harm and increased involvement of organized crime groups.'"

Those labs are a “secret or a concealed location where criminals produce or prepare synthetic drugs”, according to the website of the RCMP.

They are asking anyone who encounters such a lab to call local police or Crime Stoppers.

However, the problem is not just illicit labs and crime. Some organizations believe the Alberta government is also contributing to the problem.

The Health Sciences Association of Alberta (HSAA) says last year was “the worst year ever” for drug poisoning.

"We lack sufficient capacity for addiction treatment and mental health supports. If something isn’t done immediately, the current rate of deaths will see Alberta set another worst year ever," HSAA president Mike Parker said in a release.

The government needs to take action on the issue of overdose deaths in Alberta, too, Parker said.

"This government must immediately restart the harm reduction programs they cancelled and expand publicly delivered addiction services across Alberta. The current 'recovery only' approach taken by this government is not working to reverse the rising death toll."

The day was also observed in Lethbridge, where advocacy groups handed out naloxone kits and held a moment of silence for everyone around the world who lost their lives to an accidental overdose.

Lethbridge has had 46 people die of drug poisoning this year, according to the Alberta Substance Use Surveillance System, which does not include deaths due to fentanyl.

International Overdose Awareness Day was created in 2001 by Sally J. Finn at the Salvation Army in St. Kilda, a suburb of Melbourne, Australia.