CALGARY -- RCMP are reviewing a complaint filed by the family of Benito Quesada, the worker at the Cargill Protein plant south of Calgary who lost his battle with COVID-19 last May.

Foothills County RCMP say the review will look at the allegations surrounding Quesada’s death, which the family and union representing Cargill workers believe is criminal in nature.

Quesada tested positive for the virus in April 2020 before being taken to hospital, where he was comatose and placed on a ventilator. The 51-year-old died in hospital on May 7, 2020.

United Food and Commercial Workers (UFCW) Local 401 say the death could have been prevented if the company had listened to the concerns of employees and the union earlier.

"The Quesada family has suffered an unimaginable loss," said UFCW Loc. 401 spokesperson Michael Hughes. "They are courageously taking this step in an effort to seek justice for Benito, asking the RCMP to investigate the possibility of criminal negligence in Benito’s death."

Quesada was a union shop steward and had worked for Cargill since 2007.

The outbreak at the Cargill meat plant located near High River, Alta. saw 951 employees test positive for the virus, accounting for nearly half the facility's staff.

The union called for a two-week shutdown of the plant as the virus spread rapidly but their calls went unanswered for weeks.

Cargill was shut down for 14 days beginning on Apr. 20, 2020 in an attempt to slow the spread of the virus.

The workers Compensation Board of Alberta says there have been a handful of COVID-19 related workplace deaths.

“To date there have been fewer than five confirmed COVID-related workplace fatalities in Alberta,” read a statement. 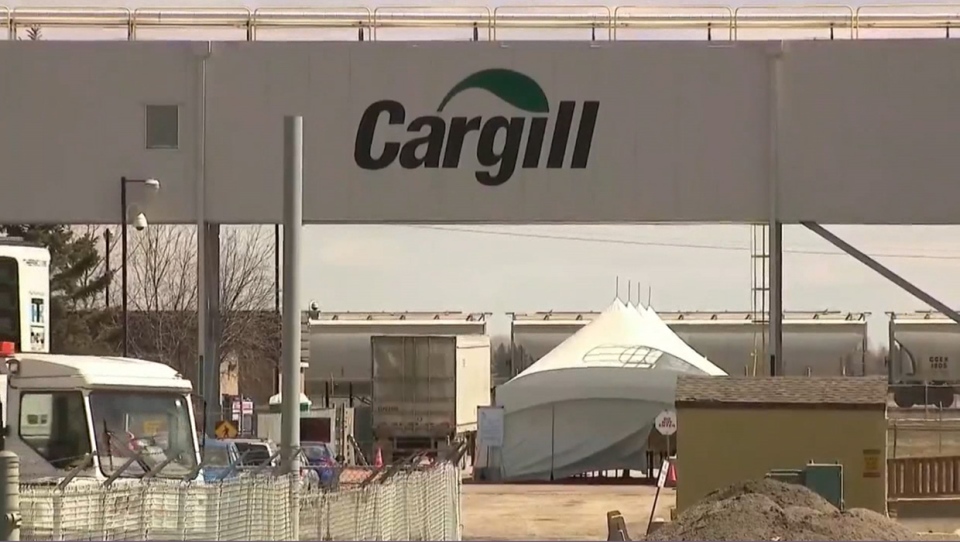 The deaths of three people, including Quesada, have been determined to be a result of the outbreak.

Hiep Bui Nguyen, a 67-year-old woman who worked at the plant, and Armando Sellegue, the 71-year-old father of a worker who contracted the virus, both died of COVID-19.

The outbreak at the facility was also connected to hundreds more confirmed cases in Calgary and the High River area.

Alberta NDP leader Rachel Notley issued a statement Monday, saying the outbreak was devastating for area families and had tragic consequences felt across the province.

“There are many unanswered questions, which is why today's confirmation that the RCMP will be investigating the circumstances of the Cargill outbreak is welcome news," it read in part.

"These workers and their families deserve to know how their health and safety was considered in Cargill's decision to keep the plant open during the outbreak. They deserve answers.”

Notley said concerns raised by the union representing the workers "were ignored for weeks."

"And despite calls from myself, as well as NDP MLAs Christina Gray and Lorne Dach, for swift action from the UCP government to protect the health and safety of these workers, they refused to intervene," she said.

"In fact, the UCP agriculture minister called the workers directly to tell them their workplace was 'safe' just days before the site was shut down."

Cargill spokesperson Daniel Sullivan says the company has not yet seen the complaint or been contacted by RCMP, but does say safety remains a top priority for the company.

"Maintaining a safe workplace has long been one of our core values and we recognize that the well-being of our plant employees is integral to our business and to the continuity of the food supply chain throughout Canada," said Sullivan.

"Since the beginning of the pandemic, we have worked closely with Alberta Health Services (AHS) and Occupational, Health and Safety (OHS) to add safety measures as they become available to safeguard our valued co-workers."