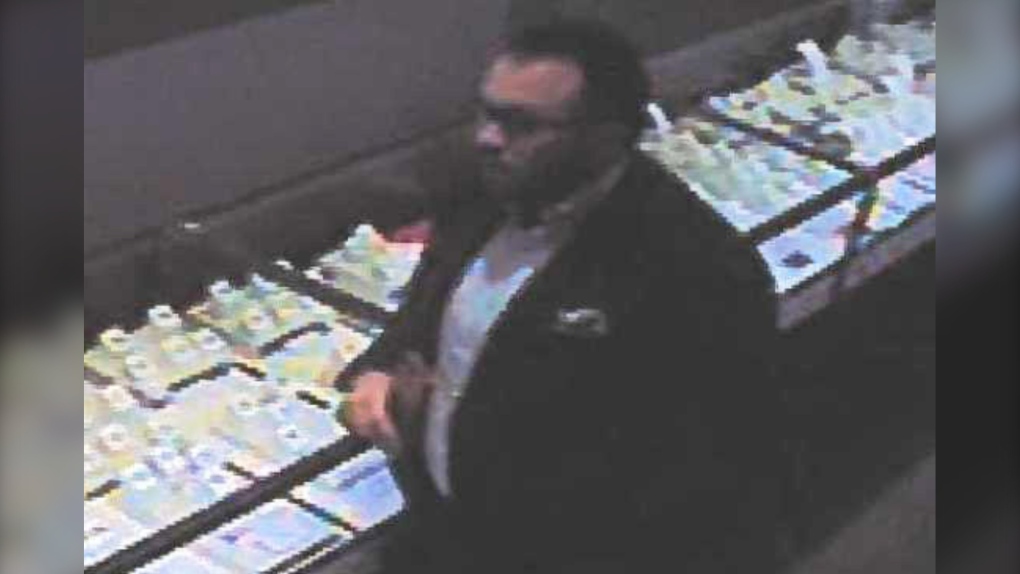 Surveillance still of the suspect in an alleged police officer impersonation at CrossIron Mills on Feb. 14. (Canada Police Report)

Airdrie RCMP is investigating a suspicious incident at a CrossIron Mills store where a man allegedly claimed to be a Calgary Police Service officer.

According to RCMP, the man entered a jewelry store in the Balzac mall on the evening of Feb. 14. The suspect identified himself to a store employee as CPS member Jason Stuart and provided a badge number.

RCMP have not indicated whether any items were stolen from the business or if the suspect attempted to gain favour using his rank.

Investigators have confirmed the name and badge number he provided were fictitious.

At the time of the incident, the suspect was wearing:

RCMP have released a surveillance still of the suspect. Anyone who recognizes the man is asked to contact the Airdrie RCMP detachment at 403-945-7200.