RCMP seeking two robbery suspects who may have fled to Alberta 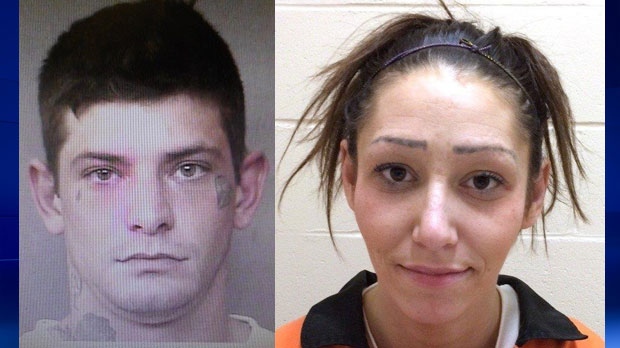 Authorities are looking for two people from B.C. wanted in connection with a series of robberies in the Cranbrook area. They may be in Calgary.

Cranbrook RCMP are looking for two people wanted in connection with a series of thefts and break-ins that began earlier this year and believe the pair may have fled to Alberta.

Between September 25 and October 1, B.C. authorities have been investigating several incidents of thefts from vehicles, business break-ins and ATM/coin machine thefts.

Police say there have been 12 separate incidents between Jaffray, Fort Steele and Cranbrook.

Three vehicles were also stolen during the rash of thefts, but cash from businesses and ATM is believed to be the main target for the suspects.

Arrest warrants have been issued for two people, Ryan George Stewart, 31, and Amanda Secreto, 28, both of whom are from the Jaffray area.

Authorities believe that Secreto has ties to the Alberta area that may have prompted the pair to flee to this province.

Stewart is described as:

Secreto is described as:

Police say that if anyone sees either or both suspects, they should contact 911 immediately.