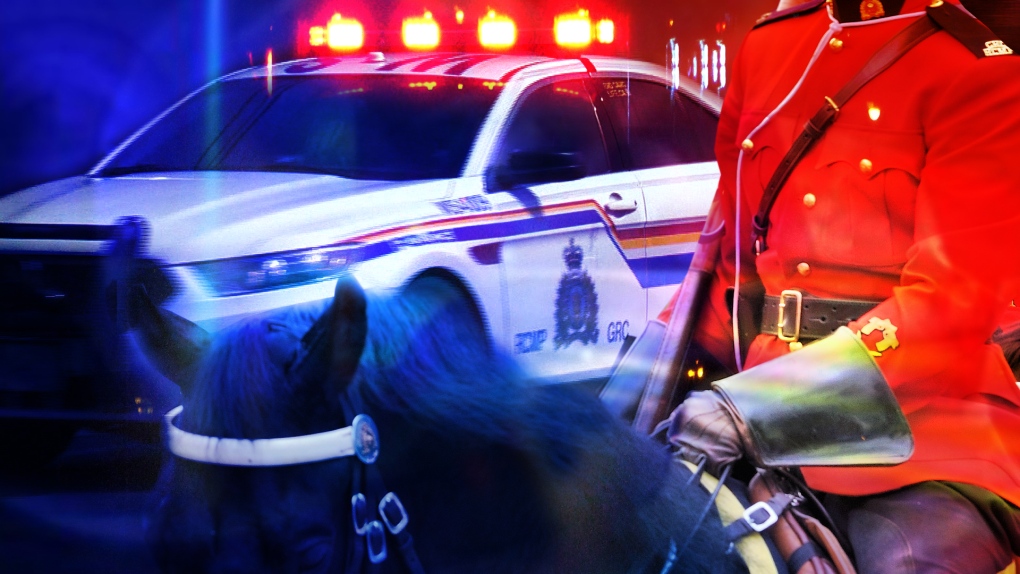 CALGARY -- Two men — one of them wanted on a Canada-wide warrant — are in custody following a dramatic chase that saw a shot fired at a police vehicle.

The incident began just after 11 p.m. on Wednesday when Calgary police informed Sylvan Lake RCMP about a stolen vehicle believed to be in their area.

It was spotted travelling at high speed through Lacombe, Alta., then again by RCMP in Blackfalds, Alta., who gave chase for a short while before abandoning their pursuit.

The vehicle was spotted again near Lacombe and a spike belt was deployed, but the occupants were able to steal another vehicle from a rural property and flee.

Police again began a pursuit and a dog services truck was hit by a bullet so the RCMP Emergency Response Team was called in.

The vehicle was tracked to an area near Erskine, Alta. — east of Red Deer — and containment was set up by RCMP. Soon after, police received reports that two vehicles had been stolen in the area and spike belts were again deployed, bringing both stolen vehicles to a stop near Highway 12 and Range Road 202.

Two suspects were taken into custody just before 4 a.m. Thursday.

"One firearm was recovered from the vehicles by the RCMP. This firearm was confirmed stolen during a previous home invasion," police said in a release.

Kenton Charles Butters, 31, who was unlawfully at large and wanted on a Canada-wide warrant at the time of this incident.is now facing 20 additional charges including:

Butters is also facing charges related to a break-and-enter in Caroline, Alta. on Monday where a firearm was stolen.

Both men remain in custody and bail hearings are scheduled for Monday in Red Deer provincial court.