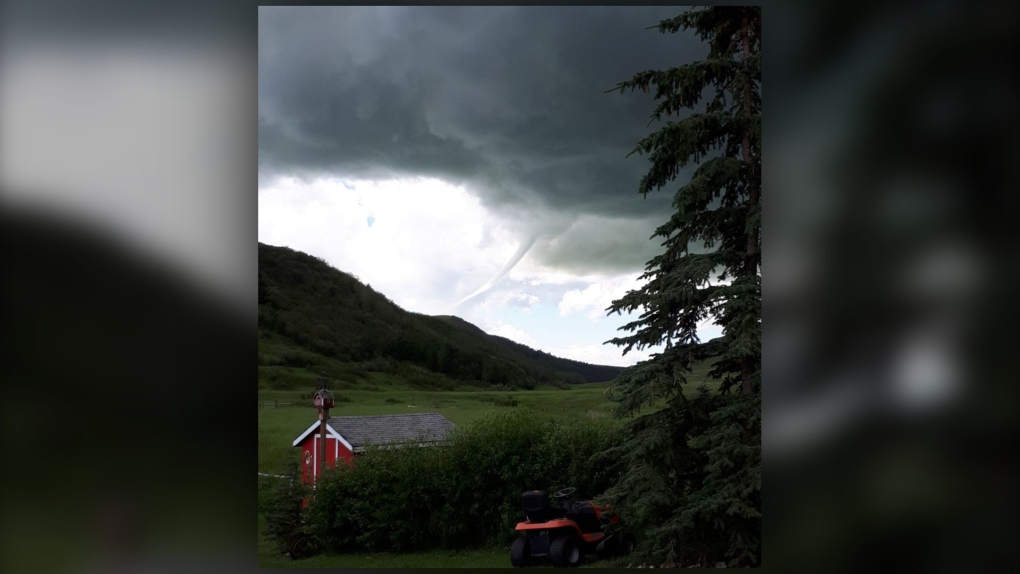 CALGARY -- Welcome to another work week! The next few days will be a great opportunity to enjoy some time outdoors because the weekend ahead is expected to leave plenty to be desired. So does today, for that matter: 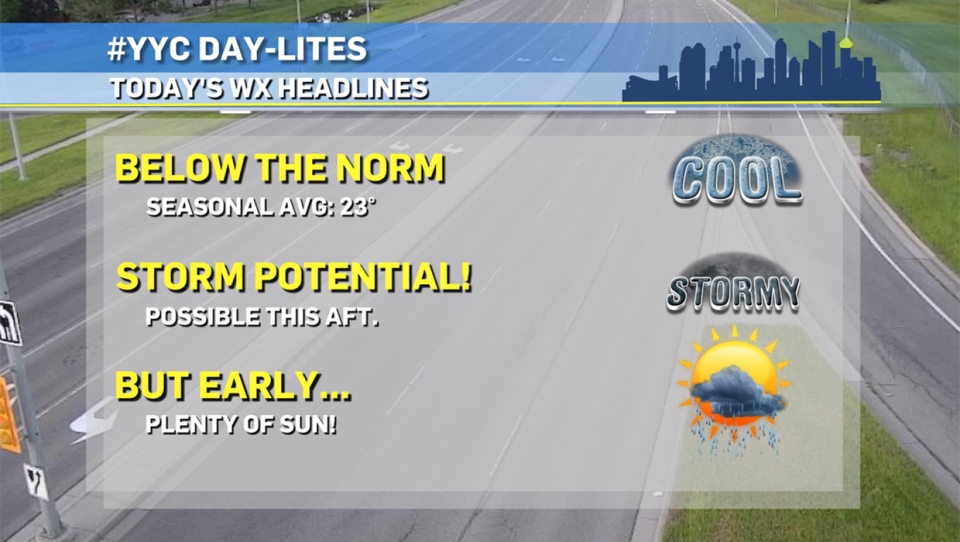 Monday, too, lacks the "get up and go" of our midweek. That’s a by-product of the back-end of a trough, one which created some nasty weather through parts of the province. Much more on that when we get to the photos – there were some great ones sent by!

Digressing back into our day ahead, scattered thundershowers may trigger along the foothills and roll in late this afternoon or into the evening. Because we’re a touch cooler today, we expect these to be largely non-severe, save for the southern fringes of Alberta, where conditions may be warmer.

For our Tuesday to Thursday, we’re falling back into some westerly wind, and we’re diving back beneath the jet; the jet fences cold air in the north, but as part of this trough, it’s dug in beneath us, which keeps today 5° below our seasonal normal, as noted at 23° in our Day-Lites. When the jet migrates along with this deep trough and ascends back north of us, it allows for warmer air to circulate in, and we’ll see conditions return to normal, and to more stable straits, as well.

Today’s photos only tell half of Sunday's story. We’ll look north, first, to the warned storms that ripped through yesterday and produced nickel-to-quarter-sized hail through Innisfail, Caroline, Olds, and areas west of Sundre, as well as gusts in Brooks and Priddis in the 80 km/h range. A series of funnel clouds were also being watched.

Speaking of, one of the funnel clouds looks to have touched down near Nanton. Environment Canada says that it’s received a preliminary rating of EF-0 as a landspout tornado, which is an accurate rating given the photographs show a surface dust cloud, but little to no connection otherwise. Thanks to the amazing photogs who snapped pics of this storm band and sent them in!

Firstly, Christina, from Nanton with this shot of the funnel: 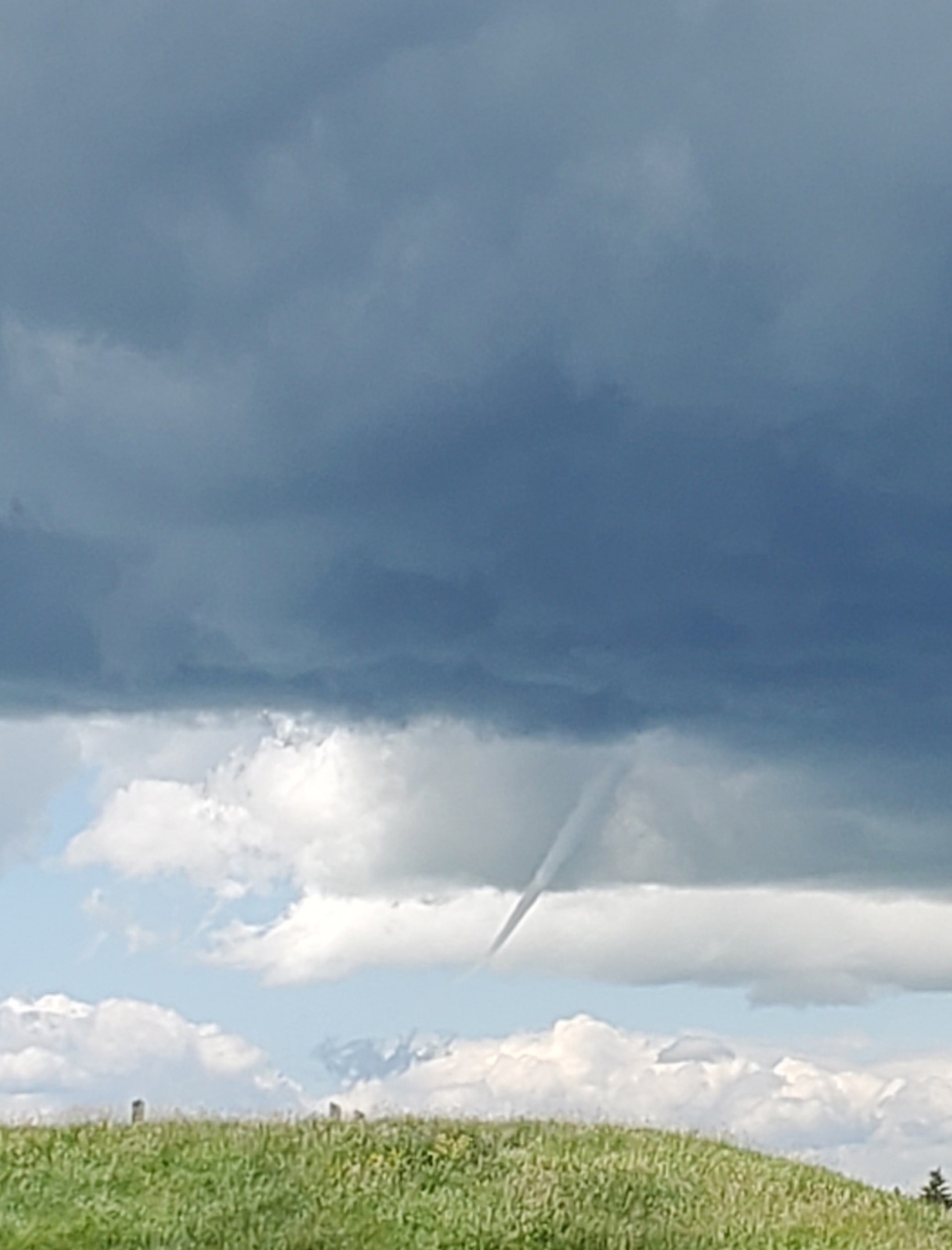 Darlene caught this funnel from William’s Coulee, southwest of Nanton: 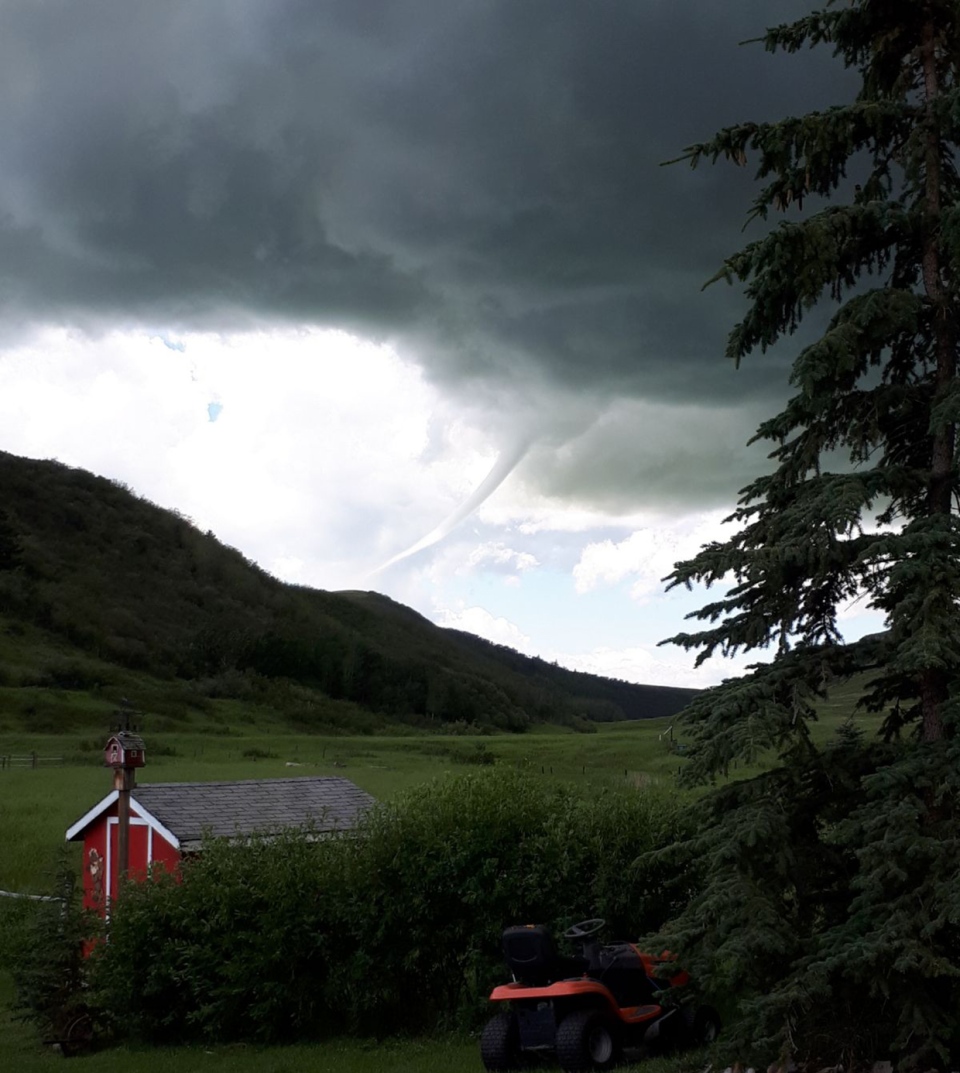 Then, Richard near Nanton got a picture-perfect pair of snaps of the actual tornado base at ground: 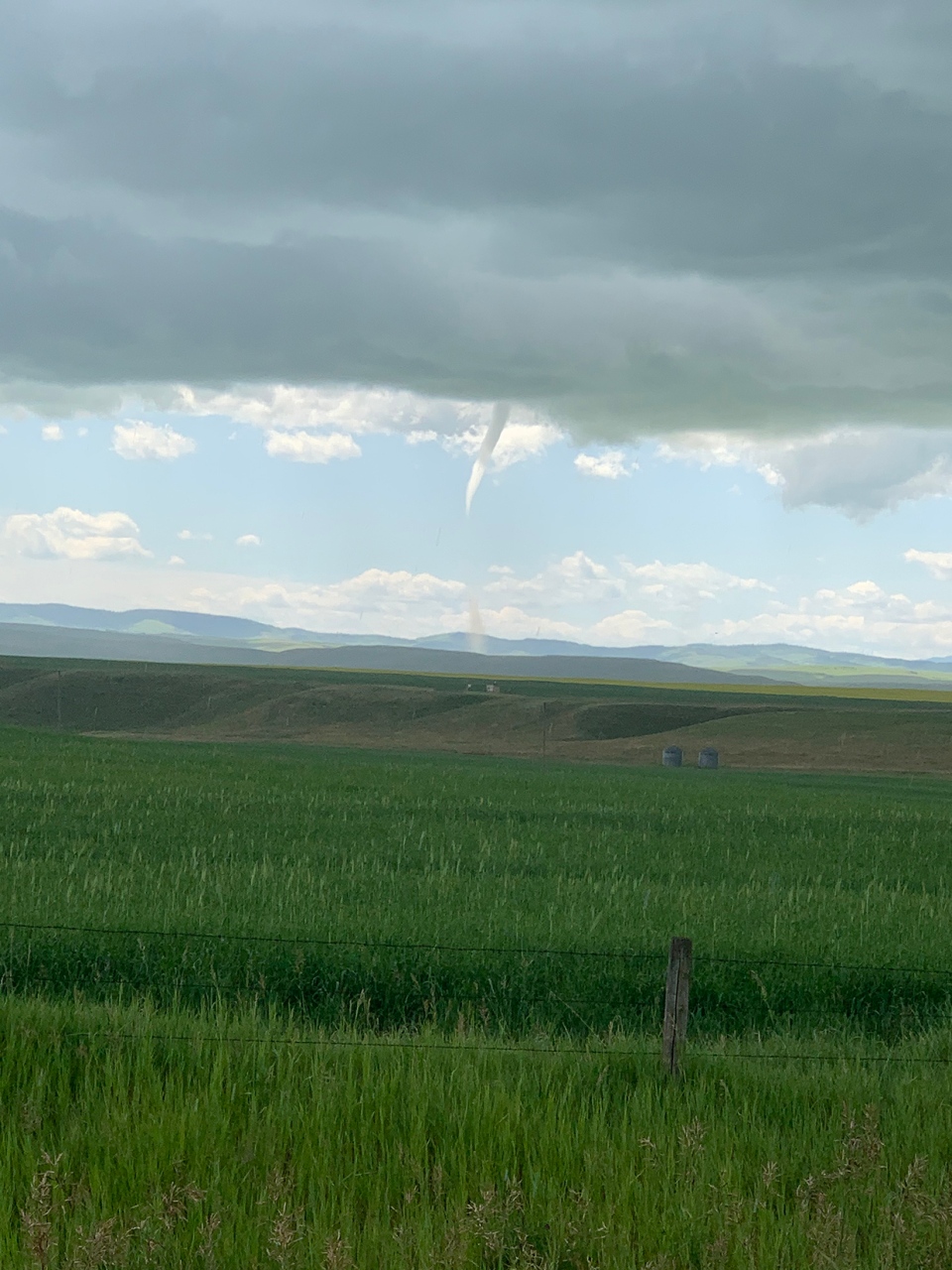 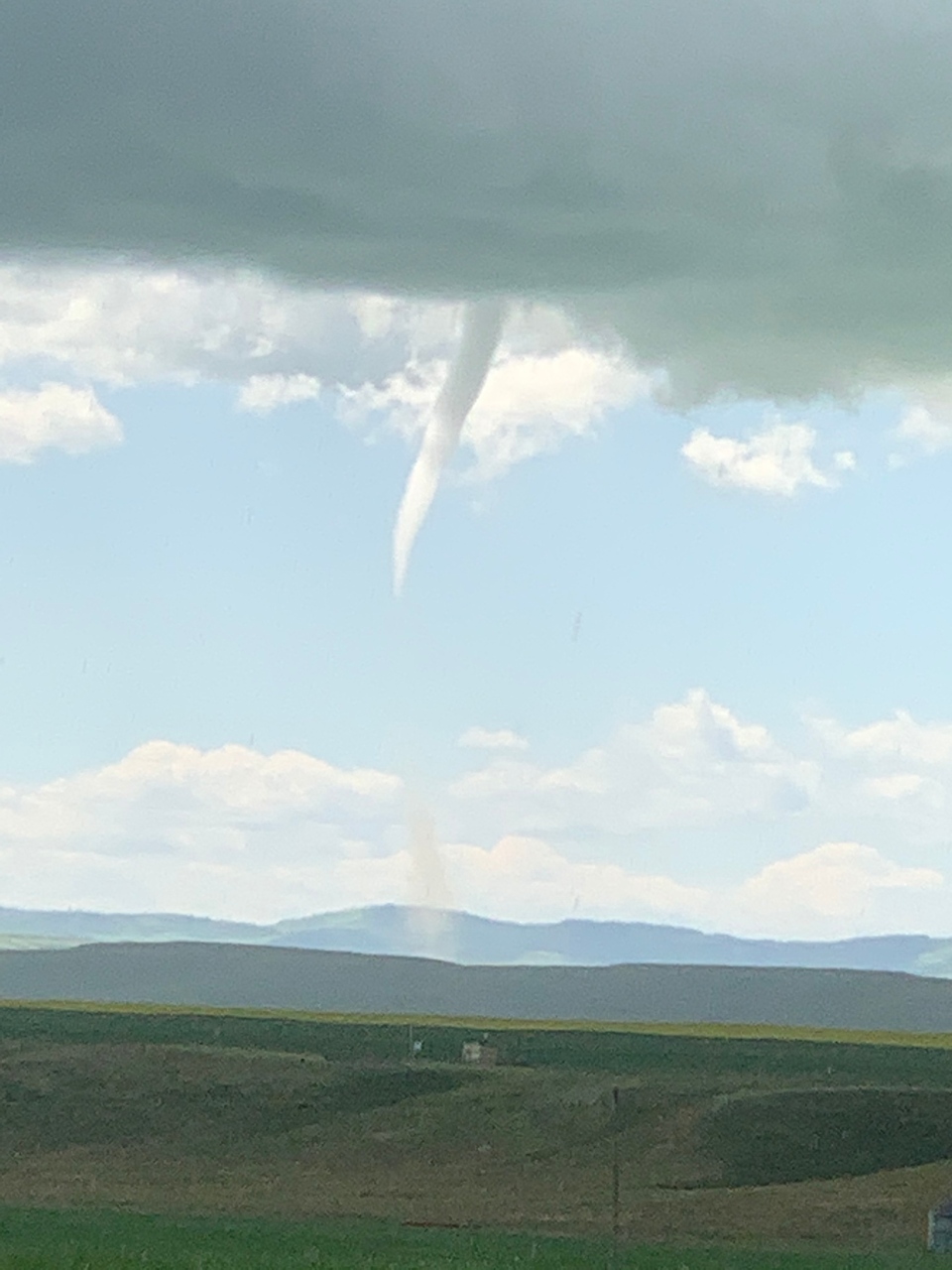 As always, we appreciate this pictures being sent by! You can submit your weather photos here.