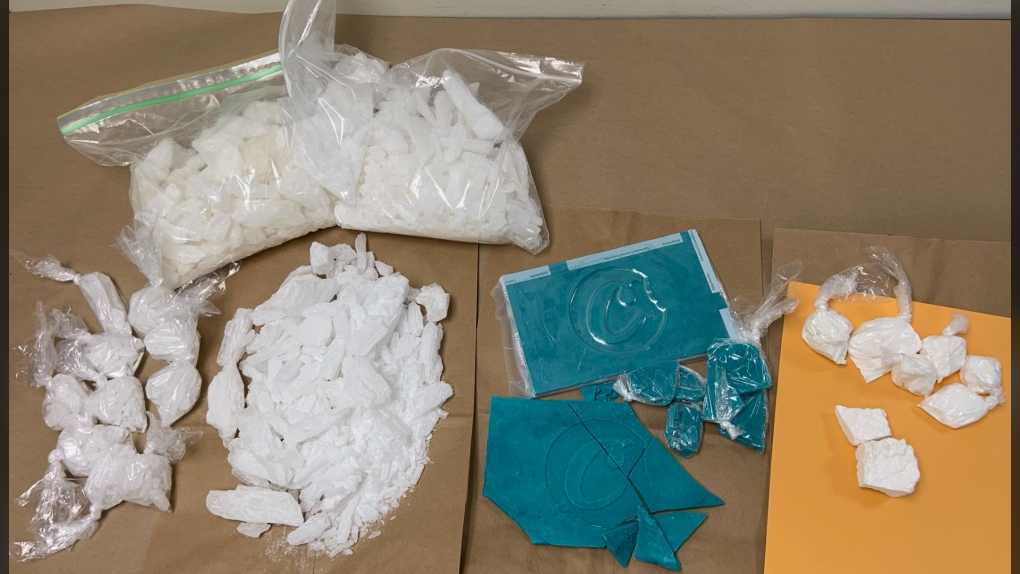 Drugs seized on June 15 in Lethbridge as part of an investigation that yielded the largest fentanyl haul in the city's history. (LPS)

A 22-year-old Calgary man faces drug trafficking charges after Lethbridge police made the largest fentanyl bust in the city's history.

In addition to the fentanyl, the searches yielded:

The accused remains in custody ahead of his release hearing.

Wednesday's investigation eclipsed the previous record seizure of 478 grams of fentanyl that was recorded only eight days earlier.