LETHBRIDGE, ALTA. -- As an ecological consultant who handles problem wildlife for the city of Lethbridge, Ryan First Diver spends much of his time catching and relocating rattlesnakes. But this week, he turned his attention from the slithery to the sly, after being asked to help save a red fox that had been struck by a vehicle during a snow storm November 10.

“The left forearm area was devastated by being hit by a car. The right leg was also injured, but looked a little better,” said First Diver, who has been taking care of the animal at his home, while making arrangements to have it sent to a wildlife sanctuary in the province.

First Diver said the fox was knocked unconscious, and rather than leave it at the side of the road, the driver put the animal in the trunk and called him.

First Diver said his primary job is not animal rescue, but he gets a lot of calls about injured wildlife.

“I do my best to help if I can provide some kind of assistance," he said.

The first thing First Diver noticed, was that the fox was in need of a flea bath.

“Right away I noticed I had fleas on me,” said First Diver. 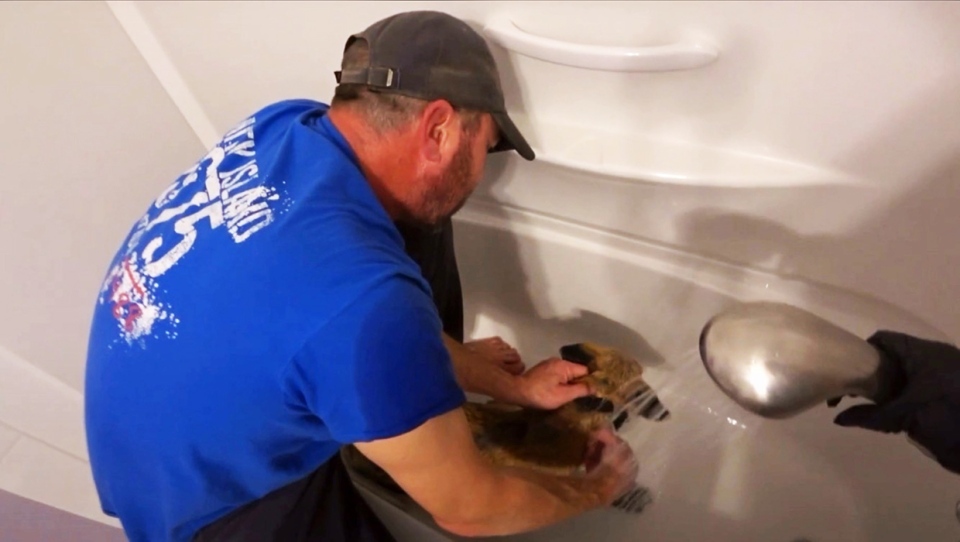 With the help of his partner Chelsea, a nurse, First Diver was able to give the fox a scrubbing, and clean and dress its wounds. They then turned their downstairs toy room into a fox den, until he could arrange for a trip to the vet, and find a sanctuary that would provide more long term care.

By the second day “Foxy”, as First Diver started calling him, was becoming more active and alert, but still wasn’t eating or drinking well, and wasn’t walking on his front legs.

“My worry is the animal will get put down,” he said. “If he can’t get rewilded, then it has to be euthanized.”

On Thursday afternoon, Foxy was loaded into a kennel and taken to the Family Pet Hospital for x-rays and to have his injuries treated. 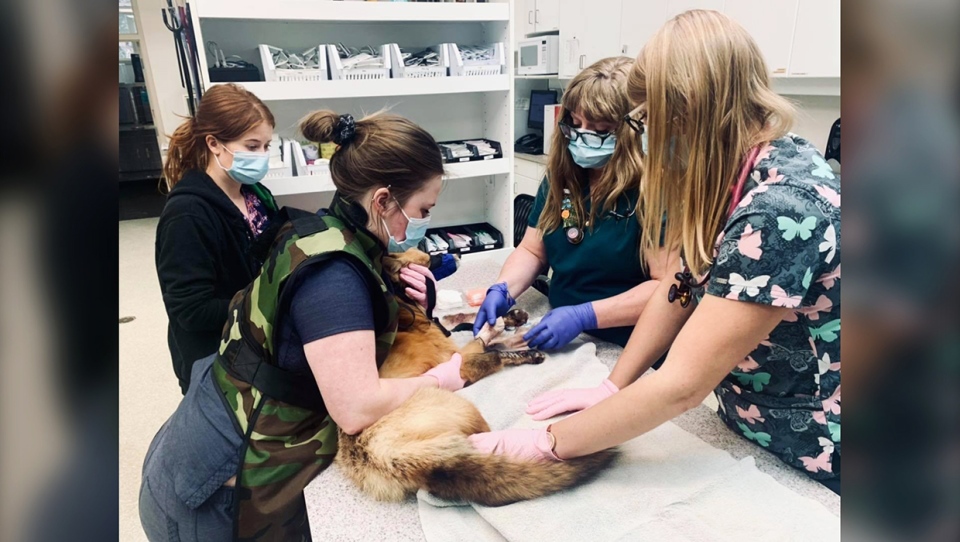 The news was better than First Diver expected. “It’s going to end up being a happy ending,” he said.

While the fox had badly bruised tissue and needed stiches to close the lacerations, he didn’t have any broken bones. Some apparent nerve damage in his left leg is expected to heal in time.

Arrangements have now been made to send Foxy to the Medicine River Wildlife Sanctuary near Red Deer.

In about ten days his stitches will be removed, and full recovery is expected to take about three weeks.

First Diver said the animal was one lucky fox. “I’m hoping that because wildlife, especially wild canines, are stronger than domestic canines, they bounce back from injuries so much better.”

If everything goes well, the crafty canine will be released back into the wild.

Many southern Albertans, who have seen pictures and video on First Diver’s Facebook page, have already chipped in to help cover the costs.

He said the $491 vet bill and other expenses have already been paid for through public donations.