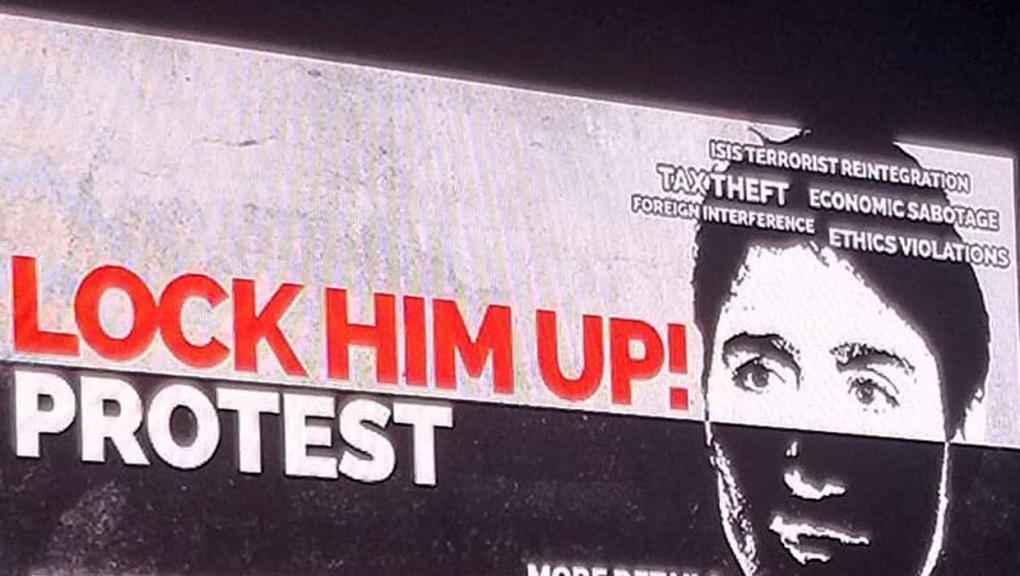 The company who posted advertising that targeted the Trudeau government and promoted Alberta independence last weekend has apologized.

CALGARY -- Days after a number of Albertans took notice of a billboard campaign that took aim at the Trudeau government, the company behind the advertising has apologized for what it says was an error.

Last week, a social media post drew attention to the sign, which had been spotted alongside of number of highways throughout the province.

The advertisement was for Wexit Alberta, a grassroots organization that has been working toward independence for the province.

Signpatico, the Regina-based company that owns the billboards, says advertisers have the right to promote their message, but acknowledges the issues that arose from running the content.

"There was a big lesson for us to learn," said Signpatico's president and CEO James McDonnell in an email to CTV News.

"We did not previously establish a quality standard, or a vetting process, which was my responsibility and accountability. We are learning from this, and will assure that all advertisers have the right to promote, however a quality standard will need to be met."

The company says, in its new policy on ad content, that it is still committed to the Charter and freedom of expression, but it will make sure an improved quality standard is met in all future advertising.