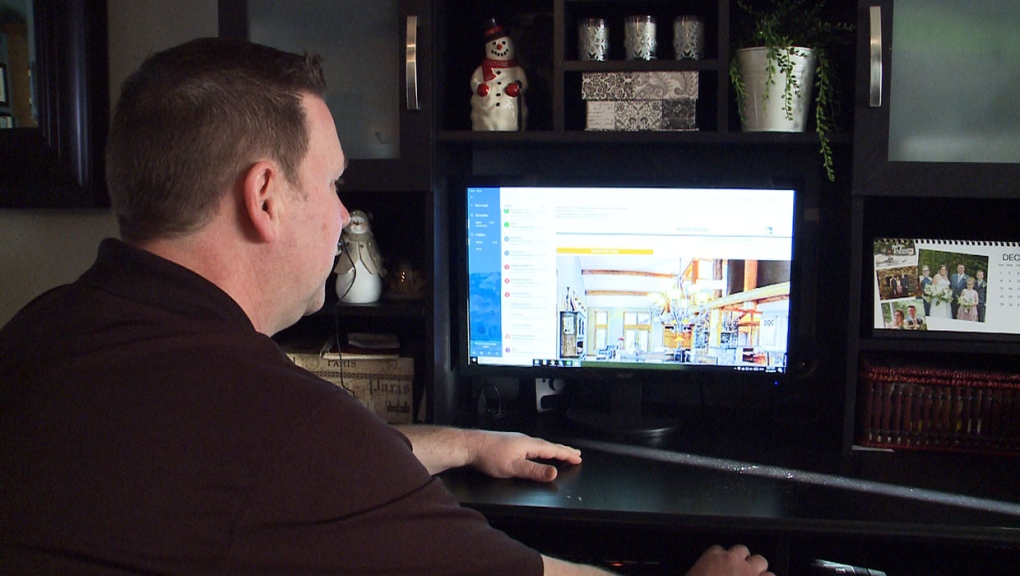 Lethbridge resident Greg Toles got scammed by a fraudster when he tried to rent a house to stay in Whitefish, Montana.

LETHBRIDGE -- Greg Toles of Lethbridge learned the hard way that online rental scams seem to be the new way to rob people, when he went online and paid over $5,000 to rent a Montana vacation property that did not exist.

What Toles discovered doing some due diligence after the fact was that he's far from the only victim of a crime trend one expert described as "epidemic."

“Looking online at all of the different websites and the blogs and community support groups, this happens every day," Toles said.

Toles and a group of friends were looking forward to a five-day vacation of skiing and hot tubbing and went online to search for a vacation rental property in Whitefish, Montana.

“(I) went onto the VRBO app, found this property and clicked on the link," he said.

Toles said they received an email back the next day, and ended up sending $5,600 to the supposed property owner. It wasn’t until later, that they discovered the property didn’t exist, and they had been victimized by a vacation rental scam.

“Basically, (they) stole somebody else’s name, put up pictures from an MLS listing of a house that was in Whitefish, and the property does not exist," he said.

According to the Better Business Bureau (BBB) rental fraud has become pervasive among home and vacation property listings in Canada and the United States.

“It’s prevalent, maybe use the word epidemic,” said Ron Riemann, an accredited business coach for the BBB in Lethbridge.

He said BBB Scam Tracker has received more than 1,300 reports of rental fraud over the last three years.

The BBB said fake listings turn up frequently on free classified sites, like Craigslist, Kijiji and Facebook Marketplace, but scams also frequently appear on vocational rental websites, such as Airbnb, VRBO and HomeAway.com.

Riemann said the ease of online banking makes it easier than ever for scammers who are preying on vacationers’ inability to check out a listing, before paying money for it.

“With this electronic era we are in everything is so fast, and e-transfers are very prevalent."

Toles said he has contacted VRBO/HomeAway but was told the booking and payment were made off their website, and the $5,600 they lost would not be covered under VRBO’s “Book With Confidence Guarantee.”

It recommended Toles file a report with local authorities and offered an apology for the inconvenience and bad booking experience.

Toles said he’s still dumbfounded the company isn’t taking claim for the property being listed on the VRBO app site.

“I know of so many friends and family that are booking rentals over the holidays, and ski season. I just want to let everyone know to make sure they are checking, googling the house number, to make sure the property exists," he said.

The BBB said its study found 43 per cent of online shoppers encounter a fake rental listing, with more than five million consumers losing money to such scams.

It also recommended website platforms that list houses, apartments and vacation make extra effort to screen for bogus listings and they should explore ways to allow consumers to easily report scam listings.

CTV reached out to VRBO/HomeAway for a comment on the Toles complaint but has not yet received a response.

Toles said the experience has taken some of the glitter away from this anticipated winter holiday,

“Hopefully we will still get to go," he said, "but obviously it will be a lot less fun vacation, as we have less money to spend when we are down there.”