Rescue on the Bow River: Man taken to hospital in life-threatening condition The Calgary Fire Department is reminding Calgarians to stay off all storm ponds.

The rescue effort came at approximately 2:30 p.m. after multiple calls were made to 911 to report a person or body floating in the Bow River near Reconciliation Bridge.

Calgary fire crews responded, and its aquatics team was able to intercept the unconscious individual near Fort Calgary.

Wearing a dry suit, a member of the aquatics team dove into the water and was able to bring the man to shore. 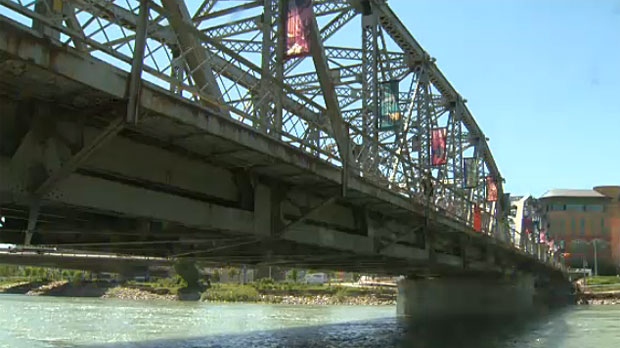 Waiting firefighters initiated CPR, before the patient was transferred to EMS. Two firefighters helped paramedics in the ambulance with ongoing CPR while en route to hospital.

EMS confirmed that the man, suffering from hypothermia, was taken to Foothills hospital in critical, life-threatening condition.

It's not known how the man ended up in the river, or how long he was in the water.