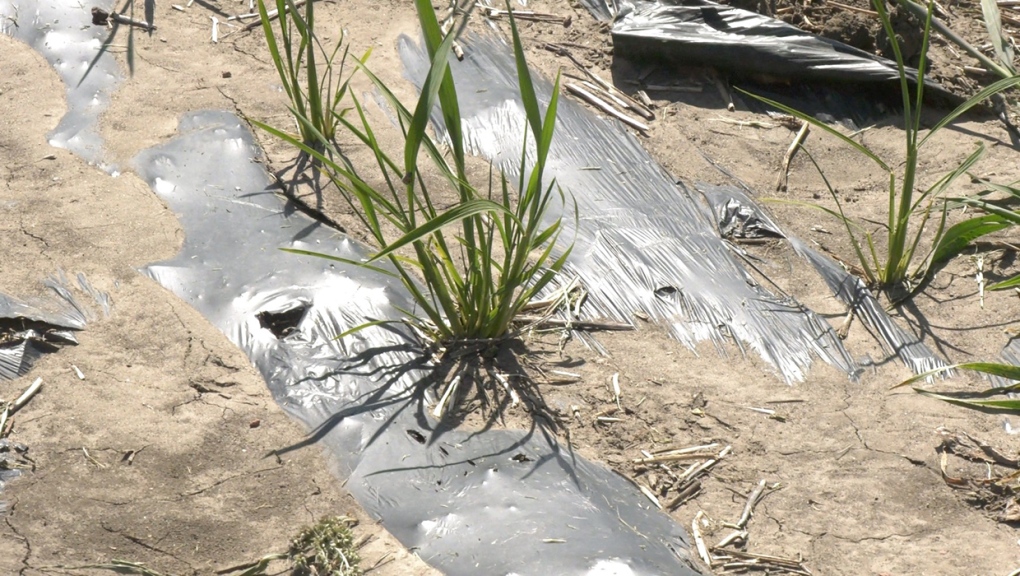 Rice has never been grown commercially in Alberta but some agricultural investors are investigating the possibility of doing it
LETHBRIDGE, Alta. -

In the not so distant future, rice grown in Alberta could be on store shelves.

At least that’s the hope of Galaxy Ag Ventures, an investment company specializing in agriculture.

They reached out to University of Lethbridge crop scientist Dr. Michelle Konschuh to enlist her help.

She realizes how big an opportunity this could be.

“We're at the very early stages and they approached us to see what's possible. And we've been working with them since about February 2022 and so this is really our first attempt at trying something like this in Alberta," Konschuh said.

Rice has never been grown commercially in Alberta.

The hope is to at least prove the viability of growing the crop before it can be grown on a large, commercial scale.

While there hasn’t been much growth the rice is growing, which is a positive sign for the project team.

This is good news for the project but the climate and sunlight in southern Alberta provides less than ideal growing conditions for rice.

“Most of the areas of the world that produce rice are closer to the equator," said Konschuh. "Rice has a desire for a short day length so they are photoperiod sensitive. So we have long days this time of year that makes it challenging."

Farming Smarter, a research foundation dedicated to agriculture innovation, is also helping with the project and is where the rice is being grown.

Research coordinator Mike Gretzinger admits the challenge is unlike any other the group has ever taken on.

“It's something that we weren't 100 per cent sure how it would go. But we were quite interested in the different technologies for planting, seed film transplanting and things like that.”

Farming Smarter is no stranger to growing different kinds of crops however.

Even with all of the experience behind them, growing rice in southern Alberta won’t be easy.

Rice is a water intensive crop meaning it requires lots of water to grow.

Gretzinger said, “Water management is pretty key” and will be necessary for the success of the project.

This is only the first year of what everyone involved hopes to be a multi-year partnership and development.

Progress may be slow out of the gates, but at the end of the day they’re happy with the progress that’s been made.