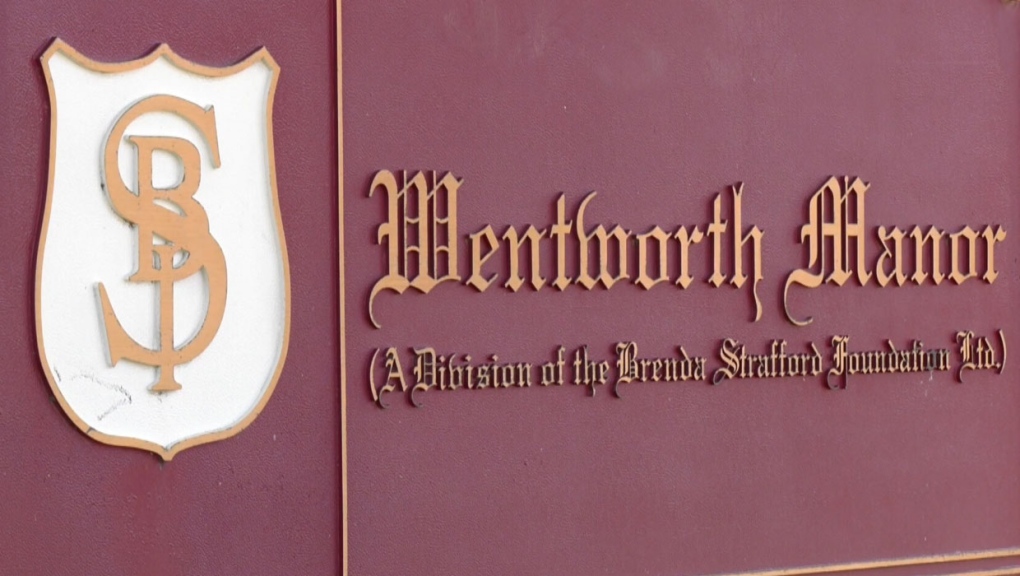 A man in his 80s at Wentworth Manor is the 109th reported death from COVID-19 in the city of Calgary.

CALGARY -- Health officials say a resident of Calgary's Wentworth Manor has died in the past 24 hours from complications from COVID-19.

Alberta Health identified the patient as a male in his 80s but did not provide any further information about the death.

The outbreak at the long-term care facility, located on 14th Avenue S.W., was announced during Tuesday's regular update, but according to the facility's official website, began on Sept. 9.

It's the second outbreak of the illness detected at the facility. The first one was detected in May but was over by late June when there were no new cases discovered there over a period of four weeks.

Fourteen patients became ill during that period of time, but all of them recovered.

Officials say there have been nine cases of COVID-19 connected to the current outbreak. Seven of them are active while one person has recovered.

CTV News reached out to the Brenda Stafford Foundation (BSF), the organization in charge of the facility, and staff there said in a statement they are "deeply saddened" by the loss of the resident.

"We extend our sincerest condolences to the family, loved ones and all those that knew this resident, including the residents and staff at Wentworth Manor who lived with and cared for him," wrote Mike Conroy, president and CEO of The Brenda Stafford Foundation.

"We know this will come as difficult news at what is already a challenging time for everyone at Wentworth Manor impacted by the current outbreak. We want to thank all of our residents, families, staff and our community, for your ongoing courage, commitment and compassion."

The BSF says there are three cases among staff members and all of the infected individuals were identified via asymptomatic testing.

While the resident who died passed away as a result of a pre-existing medical condition where COVID-19 became a factor, all other infected residents are in stable condition.

This is the 109th person to die from coronavirus in the city of Calgary, reported by the province.

Persistent fatigue 'significant burden' for more than half of COVID-19 patients: study

COVID-19, flu, cold or seasonal allergies? How to tell the difference between symptoms