Residents putting up signs to stop speeding in Lethbridge neighbourhoods 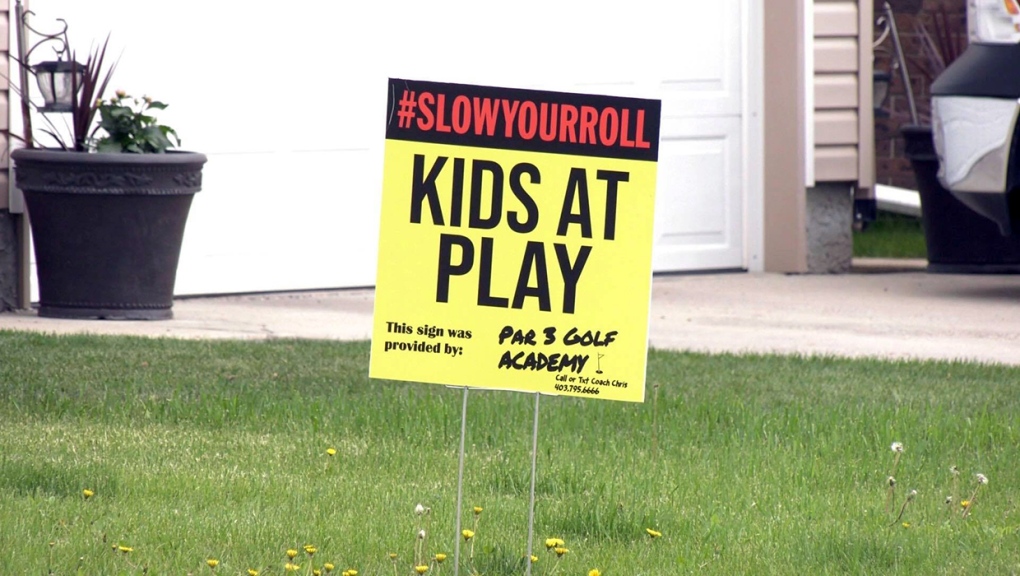 The death of 10-year-old Charles Mcintyre on April has inspired a new initiative in Lethbridge to create signs asking motorists to slow down.

LETHBRIDGE, ALTA. -- The death of 10-year-old Charles Mcintyre on April 13 hit the city of Lethbridge hard and caused some to step up with a new initiative to get motorists to slow down.

“Create a message that creates more awareness and to create just slower driving habits in neighbourhoods” said the organizer of the #SLOWYOURROLL initiative Chris DiPasquale. “The initiative started after young Charles was hit and struck by a car and tragically lost his life.”

Since many kids are out of class because of the pandemic, more are playing outside.  DiPasquale has helped distribute155 signs out in the community that say “KIDS AT PLAY”. The signs are meant to remind people to slow down in neighbourhoods. The signs cost $50. All the proceeds go towards feeding children who would normally be looked after by the school system.

“Many kids were using that program through schools to get healthy food and now again, not being in school, we’re just not sure  if kids are getting healthy foods,” said DiPasquale.

One of those gladly displaying their signs is Gord Schuerman.

DiPasquale asked the City of Lethbridge for a grant of $5000 to help make the signs more accessible to residents who want them up in their neighbourhood. The cost will dropas a result of making another 165 signs available to the public.