CALGARY -- Six plains bison were transferred to Waterton Lakes National Park on Feb. 19, with several Indigenous elders on hand to commemorate the occasion.

Blackfoot Confederacy elders from the Kainai Nation, Piikani Nation and Siksika Nation provided blessings for both the animals and land in a prayer ceremony.

“It is something that was a dream of our elders to bring those buffalo back, both onto the reserve and back to Waterton of course,” said Leroy Little Bear, a member of the Kainai Nation.

He has been part of a bison restoration project that began in 2008, with Indigenous elders working with conservation groups and Parks Canada to return plains bison to the prairies.

“They’re what we call ecosystem engineers, or a keystone species,” she added. 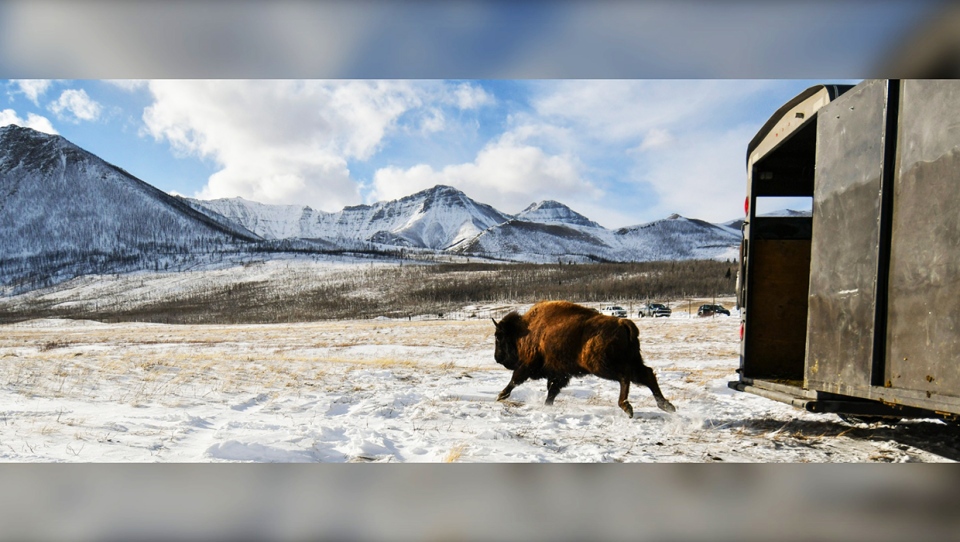 Pearson said bison are known to alter the landscape in ways that benefit all plants and animals, from improving the soil to supporting species at risk and even predators.

“Where ever the buffalo roams it brings other animals and plants and so on,” added Little Bear, who said the bison is also very important to Indigenous culture.

“Our songs, our stories, our ceremonies are all connected to that animal.”

Waterton Park had a small herd of plains bison going back to 1952 but has been without the animals since 2017 when the Kenow wildfire burned through their paddock.

Pearson said the high intensity fire had a significant impact on the vegetation in the area, but officials are confident that enough regrowth has occurred in the area to be able to maintain the bison herd, as well as the integrity of the grassland.

“It has taken a few years for the vegetation to grow back. We’ve been monitoring it and think it’s time to bring a small herd back,” she added.

Earlier in the month 40 bison were also relocated by Parks Canada from Elk Island National Park to the Blood reserve, helping to establish a cultural herd on the Kainai Nation. 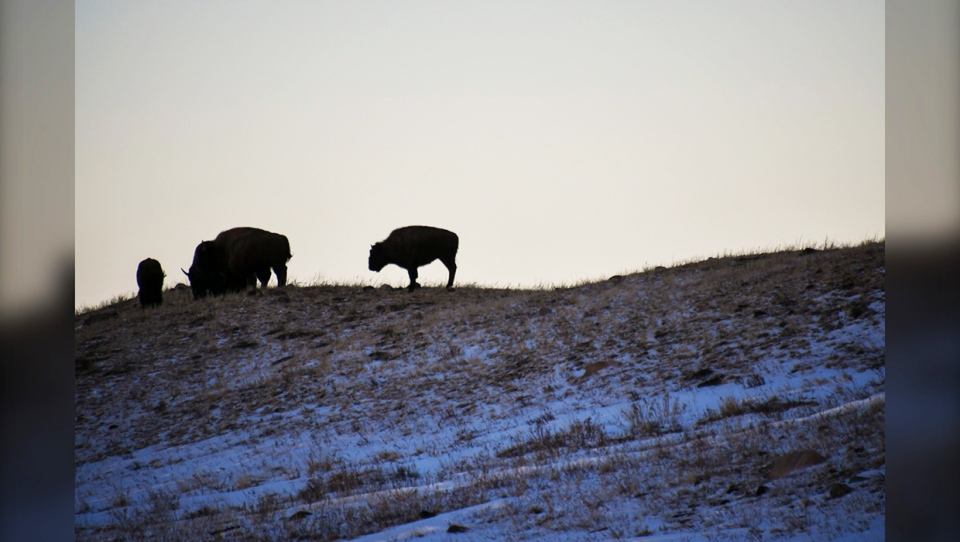 Waterton is hoping its small herd of two males and four females will eventually reproduce and grow. The bison will be held in the winter section of Waterton Park's bison paddock. By late spring, the bison will be transferred to the summer paddock loop road where visitors may catch a glimpse of the animals.