'Ridiculous in every way': Critics slam referendum questions as Albertans vote no to time change, yes on equalization 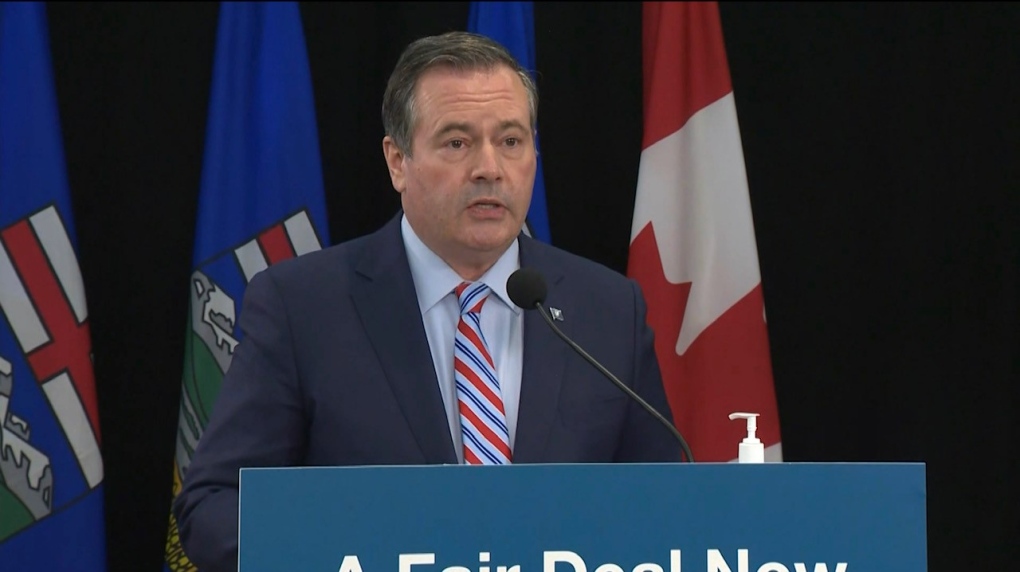 It's not the overwhelming majority Alberta Premier Jason Kenney was hoping for, but he's still saying results of a referendum on whether equalization should be removed from the constitution are a win.

"Today we have heard the results, a clear majority, 62 per cent of Albertans, have rejected the fundamentally unfair equalization program," Kenney said Tuesday.

Just over a million Albertans voted on the equalization question, with 61.7 per cent voting 'yes' to the idea of removing it from the constitution.

The result, however, is non-binding. A change to the national program would require a minimum of seven provincial legislatures -- representing at least 50 per cent of the country's population -- to support it. In addition, the resolution would need to pass a vote in both the House of Commons and Senate.

"In the past, yes, Albertans have expressed frustration. But we've now given Albertans an opportunity to express that in a formal and democratic way to speak powerfully to Ottawa," Kenney said.

The premier says the result opens the door to negotiations with the federal government about the program, but political watchers aren't so sure.

"I suspect that the federal government will not be terribly receptive to this conversation," said Lisa Young, a political scientist at the University of Calgary.

"I don't think they would have been terribly receptive even if the result had been stronger. But this relatively weak result doesn't help the Premier's cause in any way."

Albertans also voted for senate nominees in last week's election. The three earning the most support were Pam Davidson, Erika Barootes and Mykhailo Martyniouk. All three are back by the federal Conservative Party of Canada.

Similarly to the equalization vote, the senate results are non-binding. In Canada, prime ministers appoint senators. Alberta currently has five. Three were appointed by Justin Trudeau and two were appointed by Stephen Harper.

"They're purely attempts by Premier Kenney to save his political skin by focusing people on how evil the federal government is. It's actually a big loss for him, he only got 61 per cent agreeing with him to end equalization."

VOTE TO KEEP CHANGING THE CLOCKS

The closest vote was a question about whether to move to Daylight Saving Time year-round.

Just 50.2 per cent of Albertans voted 'no' to the time change question, with a difference of only about 5,000 votes.

The province said it will respect the decision made, no matter how divided people appear to be on the issue, and the twice-yearly time change will continue.

Alberta's clocks will fall back on Nov. 7.