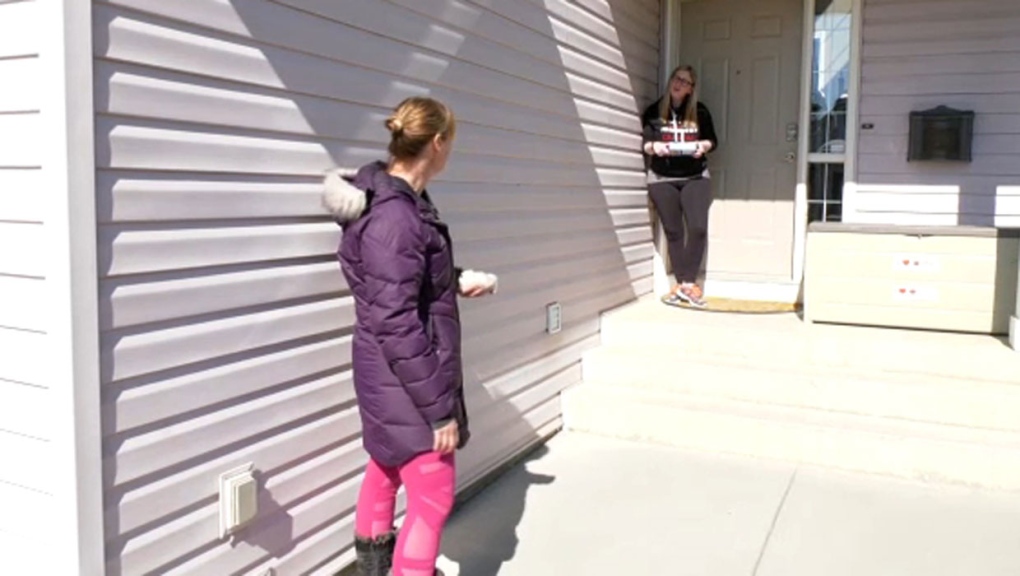 Friends Jennifer Dobson (left) and Julie Doerksen (right) reunite after nearly 30 years thanks to a yeast shortage in stores.

CALGARY -- While looking for activities to keep her three children occupied, Jennifer Dobson decided to try her hand at baking – something she doesn't normally have time to do.

She sent her husband out to buy some yeast, but after shopping around several stores, he still returned empty-handed.

"He can’t find it anywhere, and I’m thinking, 'Okay is everyone making bread now, what’s going on?'"

Dobson soon turned to an online community group for help.

"This lady replied to me and said, 'I have yeast, would you like to come get it?'"

While the two women messaged back and forth, something clicked. They realized that not only did they go to the same junior high, but they also used to be best friends.

Dobson’s family moved suddenly after she finished junior high at Woodman School, and she lost touch with Julie Doerksen.

"I remember looking for her a couple of times but she changed her name twice," said Dobson, "I was bullied and I didn’t want to go to school. I begged my mom to switch schools but she said it would make me stronger. Julie and I found each other and I wanted to go to school again."

Doerksen says she had the same feeling about her long-lost friend.

"I saw her the same (as a light of hope). People were bullying me too, and it was a friendship that was obviously meant to be. It’s neat that we found each other now."

The pair were finally reunited, while maintaining a safe distance, after nearly 30 years.

Dobson credits the COVID-19 pandemic for reconnecting her with Doerksen.

"(If it weren’t for the pandemic) I wouldn’t be baking bread, or if I was, I would have been able to buy yeast at the store."