CALGARY -- Calgary police are continuing to search for a suspect after a Calgary driver was stabbed multiple times Wednesday night.

Officers responded just after 9 p.m. to the 500 block of 10 Avenue N.E. in the community of Renfrew for reports of a road rage incident.

Investigators tell CTV News that a black car was being followed by an import SUV when both vehicles came to a stop. Police say the offender got out of their SUV, stabbed someone inside the car multiple times and drove away from the area immediately after.

Emergency crews were on scene within minutes and police taped off the entire street. When CTV Calgary camera’s arrived, a trail of blood could be seen coming from the passenger side of the car and debris was left on the grass of a nearby residence. 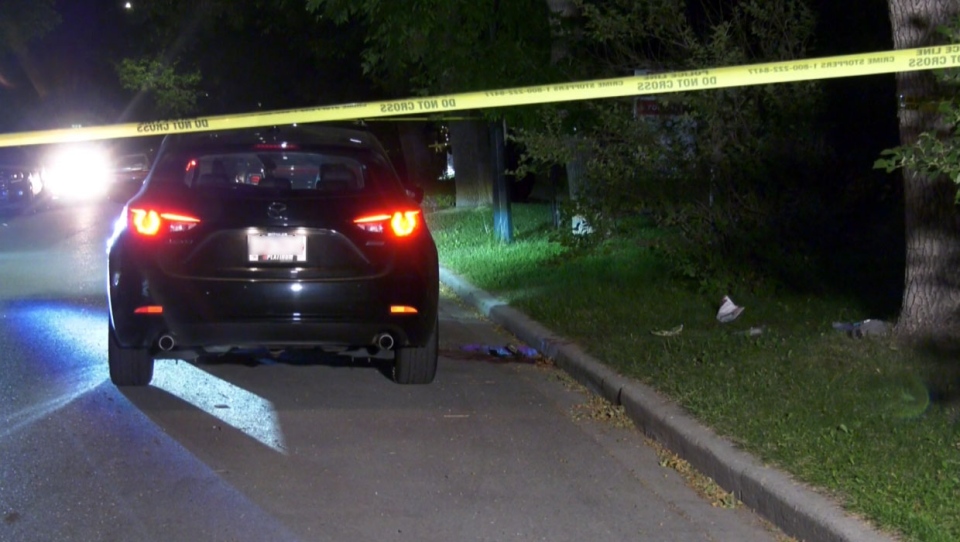 Paramedics transported the victim to hospital in serious life threatening condition. According to Calgary police, their condition has since been upgraded to stable.

There is no description of a suspect at this time, but police say the incident was random in nature and both parties in either vehicle did not know each other.