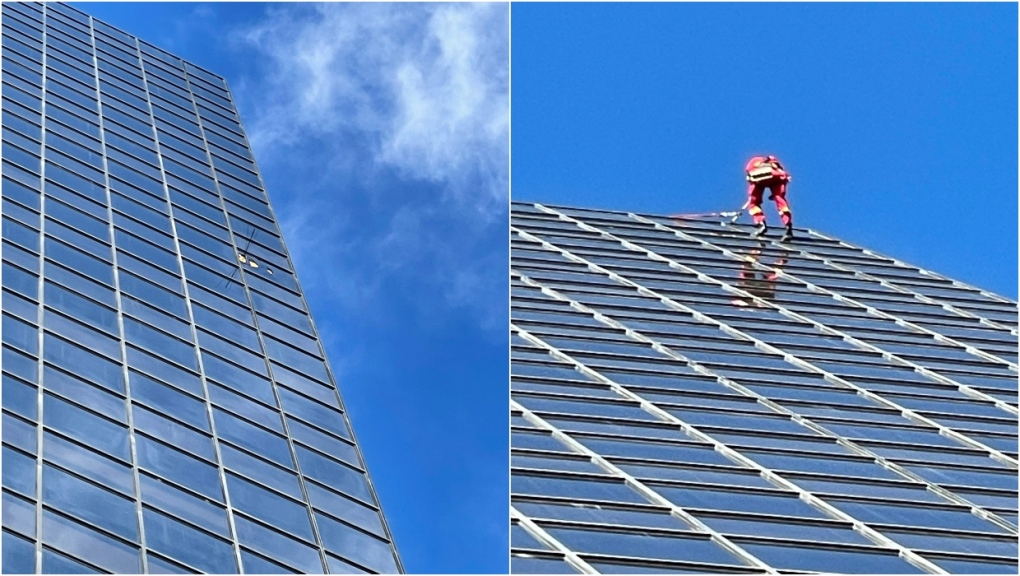 Emergency crews closed two roads in the downtown core on Wednesday so firefighters could remove broken glass from a high-rise window.

The window was on the 16th floor of a building in the 500 block of Fifth Avenue S.W.

The Calgary Fire Department said the issue was reported to emergency crews by someone in a building across the street.

It's unknown how exactly the window was damaged, but the CFD said it happened during a "construction incident."

A piece of post tensioning cable could be seen sticking out of the window. 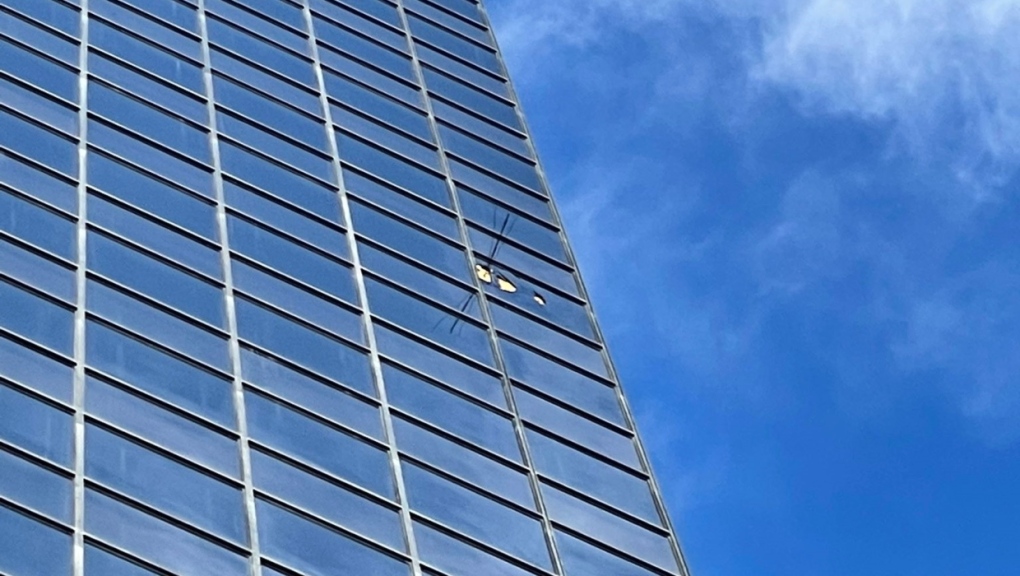 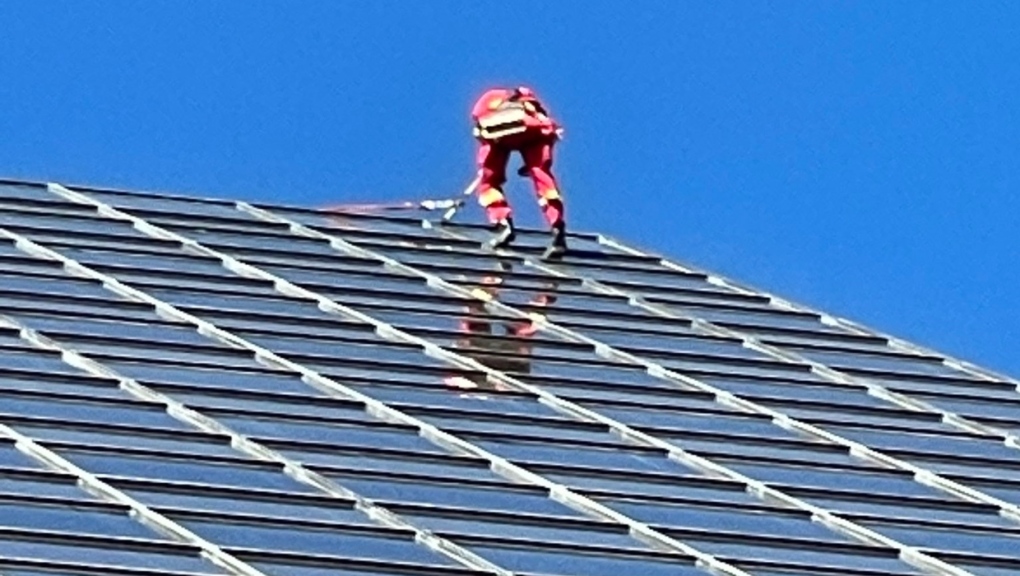 The Calgary Fire Department responds to a broken window in the downtown core on Wednesday, Nov. 3, 2021. (Twitter / Constable Chris Martin)

Roads were reopened shortly before 4:30 p.m.