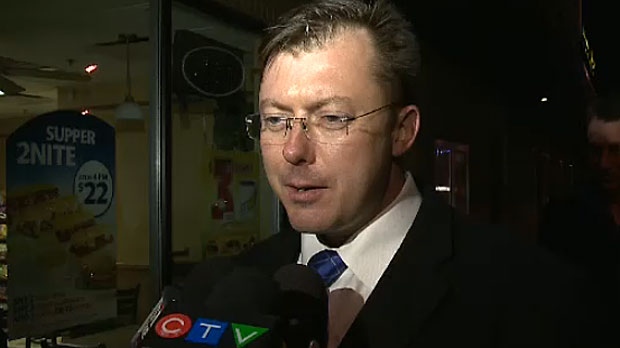 Rob Anders, the MP for Calgary-West, tells CTV he has been asked to consider putting his name in to lead the Alberta Wildrose Party once interim leader Heather Forsyth steps down.

It could be weeks or months before the Wildrose finds itself facing a leadership vote, but one outspoken Calgary MP says he’s been asked to consider taking the role once the time comes.

Rob Anders, the MP for the riding of Calgary-West, said on Monday that some people have asked him to consider taking over for Wildrose leader Heather Forsyth once she steps down.

Forsyth announced last year that she would not be running in the next provincial election.

She took over for the Wildrose in mid-December, following the crossing over of nine MLAs to the PCs, including leader Danielle Smith.

Anders, however, says there are no official rules yet for any sort of vote and Wildrose executive say they haven’t heard of any meetings with him about the issue.

Anders served nearly 20 years in the House of Commons as the MP for Calgary-West, finally being defeated in a nomination battle in April that saw former Alberta MLA Ron Liepert win the race.

He then attempted to win a Conservative nomination in the new federal riding of Bow River, which includes the region east of Calgary and north of Lethbridge, but lost to Martin Shields, the mayor of Brooks.

The Wildrose is expected to hold a leadership vote sometime between March 17 and September 17, 2015.

Further details on the leadership vote, such as the entry fee, type of voting, and membership requirements, is expected to be revealed by January 23.