LETHBRIDGE -- Less than 24 hours before the horse races were set to get underway, the Rocky Mountain Turf Club found out they'd have to wait another week.

They received an email early Friday afternoon from Horse Race Alberta, the governing body for all race tracks in the province, stating that all jockeys and gatekeepers needed to receive a negative polymerase chain reaction, or PCR, test result before they raced, which could take up to 72 hours.

Because of this, they were forced to postpone their opening weekend until May 22nd.

Horse Race Alberta notified them that they'd received an exemption from AHS on May 7th as long as they followed the specific guidelines laid out, which included a two week quarantine for the jockeys along with other guidelines such as wearing masks and social distancing.

Rose Rossi is the General Manager of the RMTC and was upset to have to postpone the start of racing following months of training and preparation.

"Had we had notice when we were given the exemption back on May seventh, eighth there, all would've been done," she told CTV News.

"Everything would've been supported and taken care of."

According to AHS, the information about the 72-hour testing requirements is available online in their rules for exemptions of planning, advertising and conducting a rodeo, which horse racing falls under.

However, they receive their information and guidelines directly from Horse Race Alberta and according to the RMTC's Chief Executive Officer, Max Gibb, this was all new information to them.

"Whether horse racing was run is based on certain conditions, and this one was added to our requirement Friday," said Gibb. 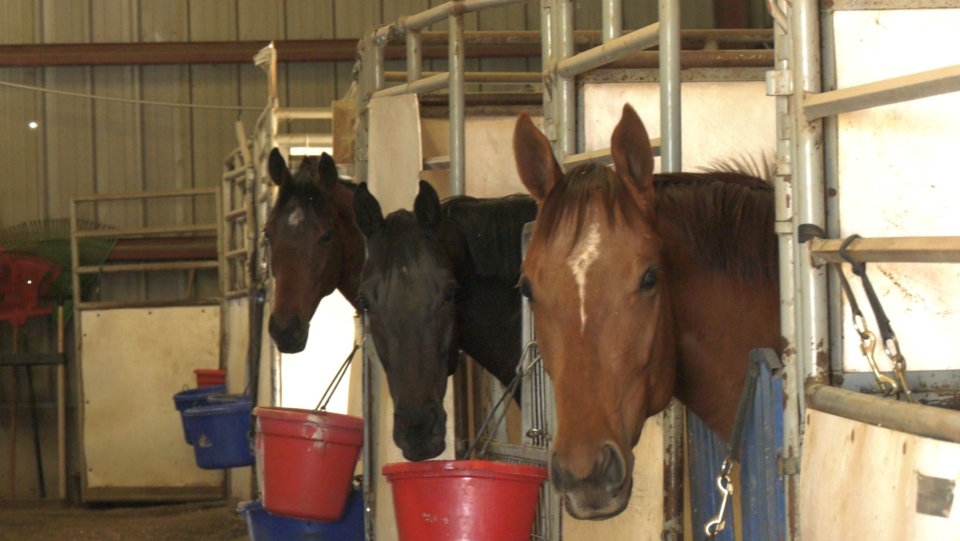 Gibb says the club is upset that they can't move forward with an activity that many were looking forward to seeing, even if only virtually, but they're trying to keep their chins up.

"Everyone was disappointed, but we want to be as positive as we can right now," he said.

Jockeys were also very upset to hear the news, especially those who had to quarantine.

Laurina Bugeaud has been racing horses for over 35 years and is itching to get back on the track.

"I know we've all been struggling so much to keep things going that it was not entirely unexpected, but of course it was disappointing," said Bugeaud.

"I'll just show up, keep trying and hope for next week is kind of how it went through my mind."

Even though they can't get going this weekend, Gibb is thanking his lucky horseshoe that they're still able to get going next week.

"Sure it's disappointing, but that's life and we'll be positive and go forward and plan on doing it next week and stay positive and optimistic."

The RMTF are still running online betting and you can visit their website to watch and bet on races from around the world.

For more information on Horse Racing in the province, you can visit Horse Race Alberta's website.