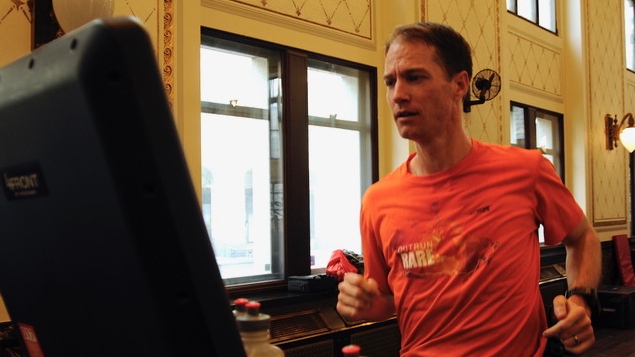 Running on a treadmill for hours on end isn’t usually one’s idea of a relaxing weekend, but an Okotoks man has different ideas.

This Saturday morning, ultra-runner Dave Proctor will attempt to do what no other athlete has done before.

The 38-year-old is lacing up his shoes at the Calgary Marathon expo in an attempt to break the world 100-mile (161-kilometre) record in less than 12 hours.

Proctor is no stranger to long distances. In fact, he holds the Canadian 24-hour road-running record of 257.093 kilometres, set on a looped road course in Turin, Italy in April 2015.

He also holds the Canadian records for furthest distances ran in 48 hours (355.8 kilometres) and 72 hours (500 kilometres).

The 100-mile record would only add to Proctor’s list of accomplishments, but there’s something, or rather someone, that matters to him so much more.

The reason behind the run

“If he could run like his father he would never stop, and any dad would run to the end of the earth for their kid, especially for their kid’s health,” Proctor said.

“I’ll be honest, running doesn’t matter to be able to break this world record, all that matters is the support for the rare disease community that’s built up during an effort like this.”

It’s an effort that’s certainly drawn the attention of thousands of supporters across Calgary, all of them wearing bright orange shirts in support of the Rare Disease Foundation (RDF).

Proctor is using this year’s Calgary Marathon expo not only as a platform for his world record attempt, but also as part of an awareness campaign for all families affected by rare diseases.

According to the RDF, one in 12 Canadians suffers from a rare disease, but less than a million dollars is raised nationally each year.

“We fall through the cracks,” Jordan said.

“Because our systems are made with more common disorders, having a federal rare disease strategy would enable us to access better care, specialists and social supports better so we don’t have so many barriers.”

Right now, the RDF is continuing to work on getting more researchers interested and capable of doing rare disease research with a strong focus on better care plans.

Proctor, a strong advocate for rare diseases, says it’s been an uphill battle, but he hopes to gain an even bigger following with this latest record attempt.

“We’re going to have to take a thousand steps, but this is one step closer to getting a rare disease strategy enacted in Ottawa and creating a conversation among Canadians for rare disease support.” 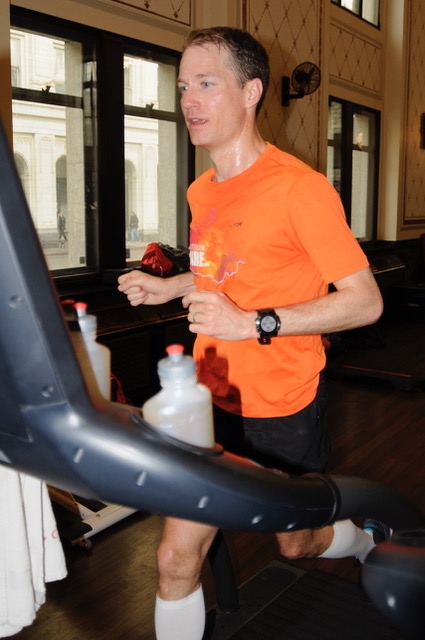 Training for the run

“If the idea of stepping on a treadmill in the Big Four Building and running four marathons back-to-back doesn’t shake you, then I guess you’re not human, right?”

Proctor is in fact human, and despite his appetite for world records, he’s faced disappointment in the past.

Howie ran across Canada in 72 days back in 1991. Proctor wanted to do it in 66 days, but he fell short following a painful back injury.

“After stopping on the middle of the Trans-Canada Highway at the east side of Winnipeg last year, I didn’t think my body would recover this fast,” Proctor said.

Overcoming a herniated disk was certainly a challenge, but with determination, Proctor started training again in December. Over the past six months, he’s ran more than 2,500 kilometres, under the guidance of new coach Travis Schiller-Brown.

Proctor’s coach placed a strong focus on speed interval training. The first test involved him being placed on a treadmill with the speed increased every three minutes.

“After that, we take a small sample of blood and we can analyze levels of different metabolites to figure out how hard he’s working,” said Schiller-Brown.

“We did the test in January and another test at the end of April and between that time, for running the exact same speed, his heart rate was about 15 beats lower. That translates to him running about one mile per hour faster and that’s an insane jump.”

It’s certainly the boost Proctor will need if he wants to keep pace for his upcoming 161-kilometre run.

The time Proctor has to beat is 14:22:49, which is what American runner Serge Arbona ran during his 24-hour record attempt in January of 2004, according to recordholders.org. The Guinness World Records site does not list a men’s 100-mile treadmill record.

In order to run that distance in less than 12 hours he’ll need to keep an average pace of about 4:28 per kilometre.

To put it into perspective, it’s like running four 3:07 marathons back-to-back.

There’s no question that Proctor has put in the physical training, but now he says it’s all about what’s in between his ears.

“You could be the fittest person in the world, but mentally you have to be capable,” he said.

“Every time I turn my head, I’ll see those supporters of my son and every other rare disease family so how do you not turn up the treadmill and run faster? Challenge accepted.”

Proctor will begin his run at 4 a.m. at the Big Four Building on Saturday. 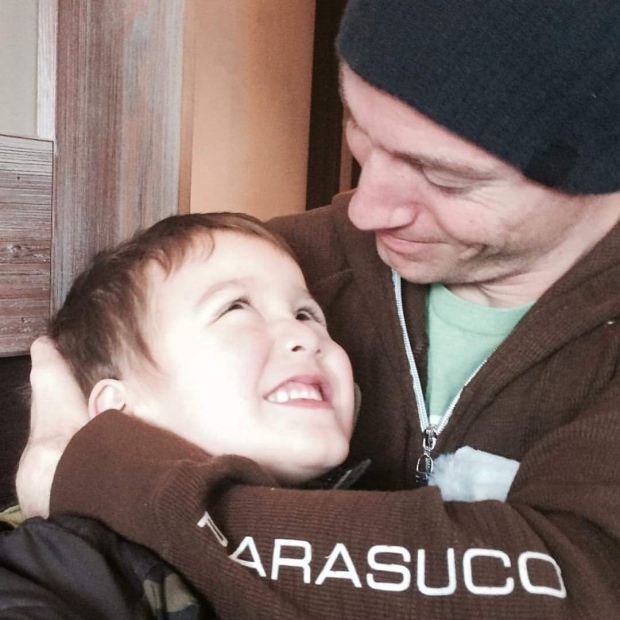