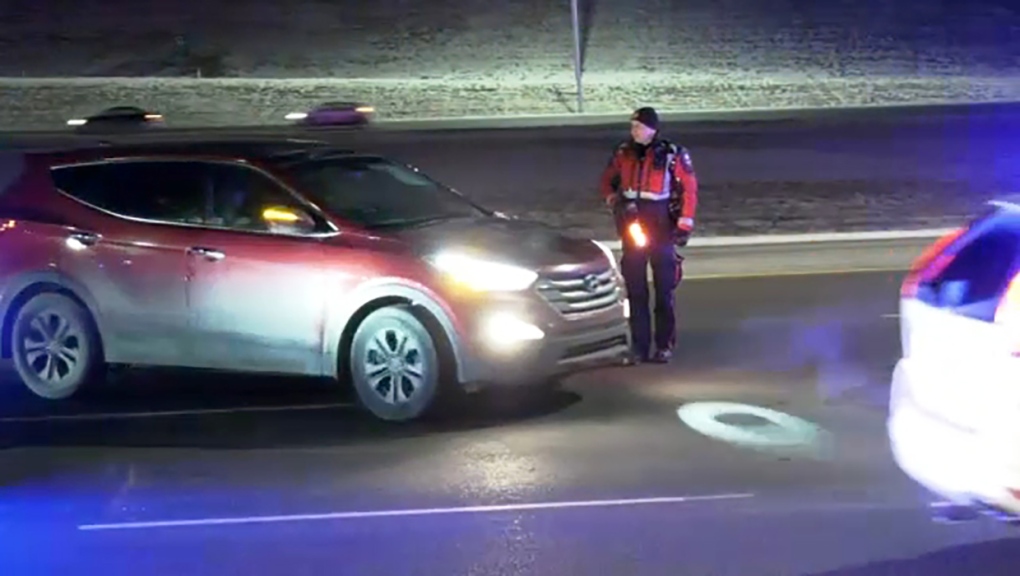 Saturday night's second-largest crowd after the Calgary Flames game may have been a police checkstop at 130 Avenue and Tsuu'tina Trail.

Over 40 Calgary police, RCMP officers from across southern Alberta, sheriffs and officers from Tsuu'tina Nation staged a large-scale checkpoint.

The police checked for drivers who may have been under the influence of alcohol, or otherwise impaired.

"We have approximately 43 officers here," said Sgt. Brad Norman of the Calgary police.

"We do have drug recognition experts, as well as multiple officers here are trained in standard field sobriety testing," added Norman. "So we have been testing what is suspected as drug impaired drivers (as well)." 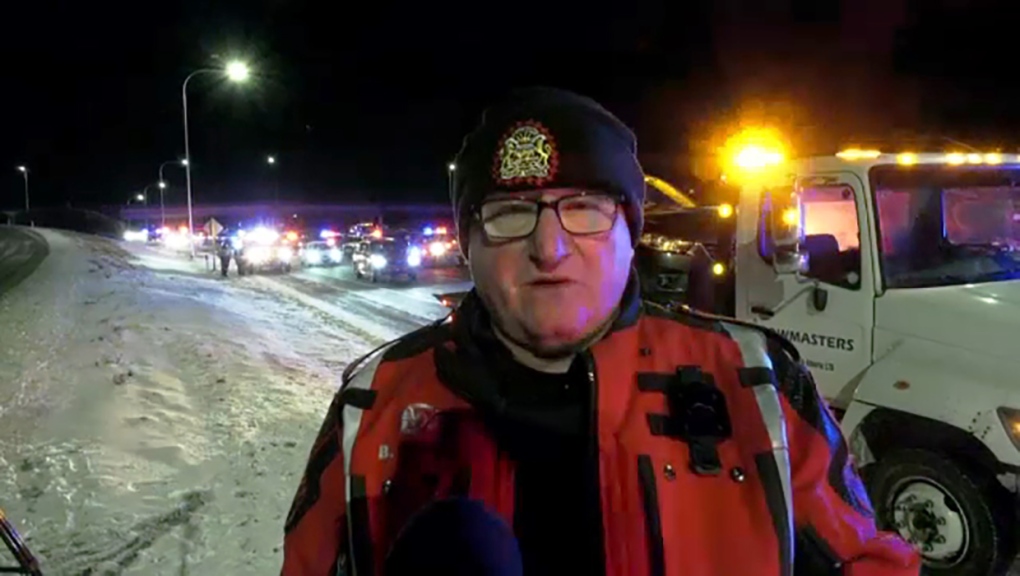 And while Norman acknowledged that December is a time of year when it's important to remind people of the need to drive sober, he said the message has no expiry date.

"We always say 'this time of year', but I think it's 365 days a year that people have got to realize they can't drive under the influence," he said. "We've had too many collisions regarding impaired drivers and people passing away as a result of that. For instance, we did have one earlier this week on Deerfoot Trail."

At the point of the evening where he did the interview with CTV News, Norman said six vehicles had already been towed "due to immediate roadside sanctions, from an IRS novice right up to an IRS fail."

Norman said police will be staging checkpoints throughout the city all month long.