For those celebrating Halloween this year, it may be one of the scariest parts of the festivities: many retailers are scrambling for stock this year, and those who do have costumes and decorations are charging a lot more.

Recent supply chain issues have impacted so many facets of Canadian life, and Halloween is no different.

A cautious 2020 left many inside and sales low across the board. But now that many feel comfortable celebrating Halloween again, demand is skyrocketing.

That's caught many suppliers off guard.

At Calgary's The Costume Shoppe, owner Ryan Schoel says it was an early gamble that saved his season.

"My orders started in January," he told CTV News. "Actually, some even started in December. I was very nervous. I took a position and it was either going to happen or I was going to have a lot of bills at the end of it all."

Some of those orders were still trickling in this week, but Schoel considers his overflowing shelves a fortunate pay-off.

Not every retailer was so lucky.

Many, no doubt feeling hesitant over the uncertainty of the pandemic, opted to wait out orders to see if demand would increase or if shipping costs would go down.

But deep into October, neither has happened.

U.S.-based HalloweenCostumes.com, which ships directly to Canadian consumers, said many retailers are struggling as they see a roughly 50 per cent increase in year-over-year demand compared with last year.

Spokeswoman Ashley Theis said much of the stock HalloweenCostumes.com ordered won't even arrive until after the holiday.

“This will just have to be 2022 Halloween inventory,” she said. "Few retailers are able to keep up.”

And as most Canadians know, it's not just Squid Games costumes and cobweb decorations. 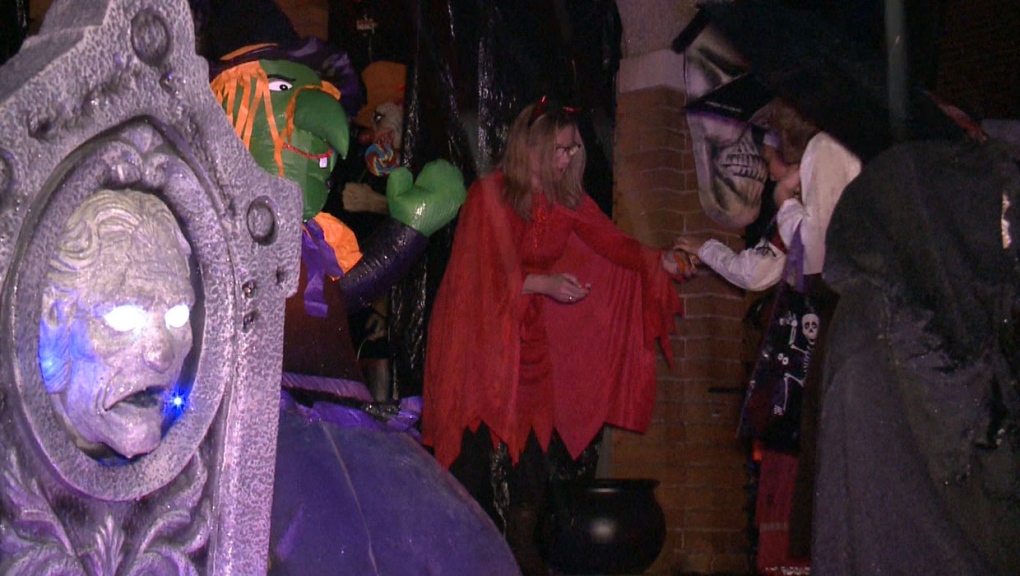 "Any product you can think of, there's a shortage of it," Jori Logistics Sam Woods said.

"All these things on top of each other are making product hard to get here, and the prices extremely expensive," Woods said.

He believes things could even out late next year, but expects to hear even more stories of limited supply as December's holidays creep closer.

Woods says his advice to those celebrating Halloween next weekend is the same advice for businesses trying to stay on top of retail supply: order as early as possible and be prepared to pay more.