Scattered showers in Calgary throughout the weekend

AFTERNOON UPDATE: Calgary still runs a trace chance of showers for this afternoon and evening, but the better odds are dry weather, as the surface humidity, at least in the north end, is at 26% as of 2 p.m. MST. So, if rain tries to swing through, most of it will evaporate before it touches ground.

The same can be said for much of what Sunday has on offer, with the best chance of showers coming through late Sunday, and early Monday, carrying briefly into the afternoon. Still, Calgary receives, at best, 6-7 mm from this.

Next week, our forecast is largely unchanged, remaining dry. We'll have periods of cloud, and largely seasonal weather.

MORNING EDITION: Friday afternoon will largely look like Friday morning does – dreary. Early on for the day, wind remains calm, but the gusts will push to 40 km/h for the afternoon. The marginal chance for showers – and even a thundershower – is still active, though remote. There is a better chance for storms due east of Calgary along the Saskatchewan boundary, some of which may be severe. That's for this afternoon.

Even this morning, thundershowers and periods of heavy rain are possible in southeastern part of our province, along the northern cusp of a system in the States.

Saturday has dropped off from showers in most forecast outlooks, now presenting with a mix of sun and cloud. Sunday will be somewhat dreary once again, but will also feature shower potential late in the day, carrying into a cloudy Monday with additional showers. It's still a very dry lead-up to the start of meteorological summer, no matter how you slice it.

With that in mind, campers moving east of Highway 2, the Fire Ban map is a little more restrictive than it was last weekend – something to keep in mind! 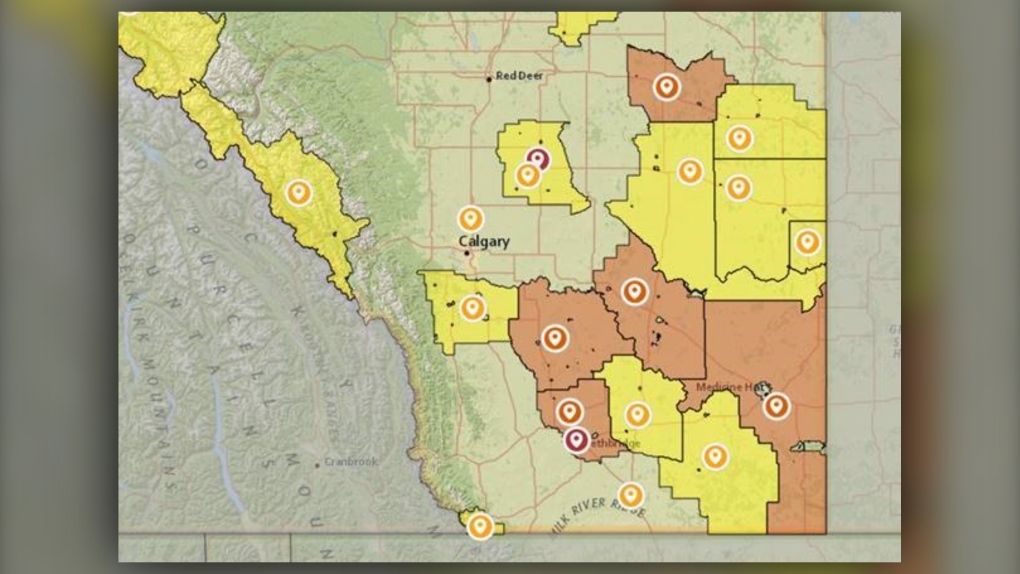 Beyond, the coming work week is warm and dry, and with that, the above map will continue to fill in. I'm surprised there aren’t more bans as of yet.

Today's pic is from Rob, who caught this morning's amazing sunrise! 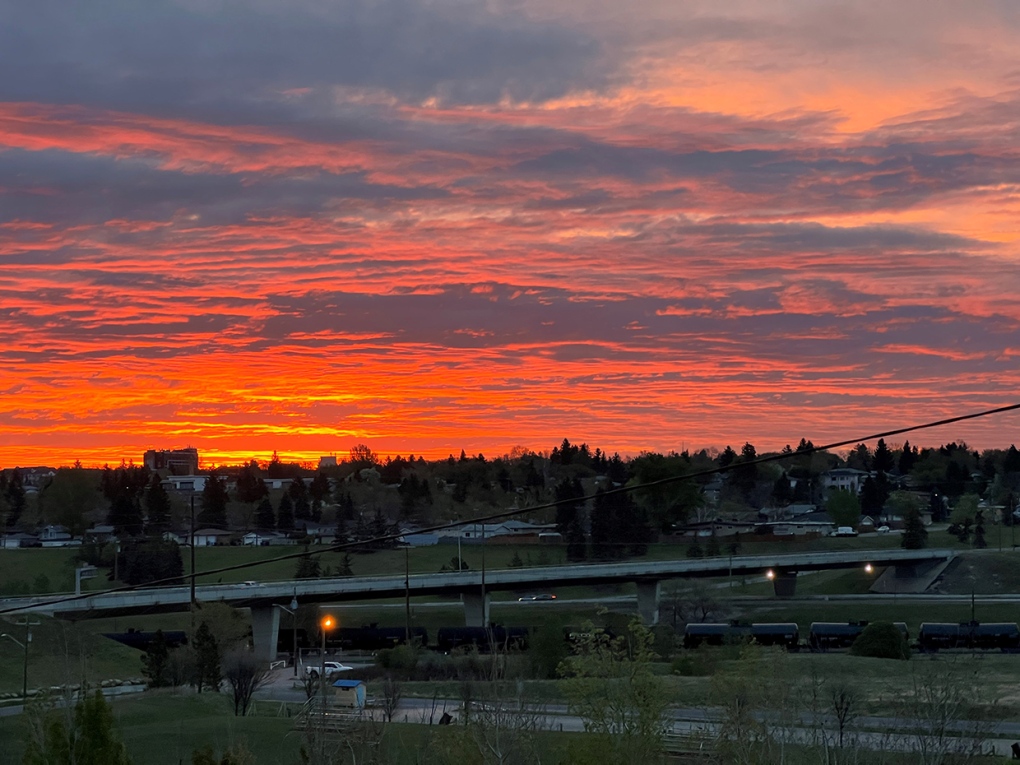