Searches in Red Deer lead to recovery of drugs, weapons and stolen goods 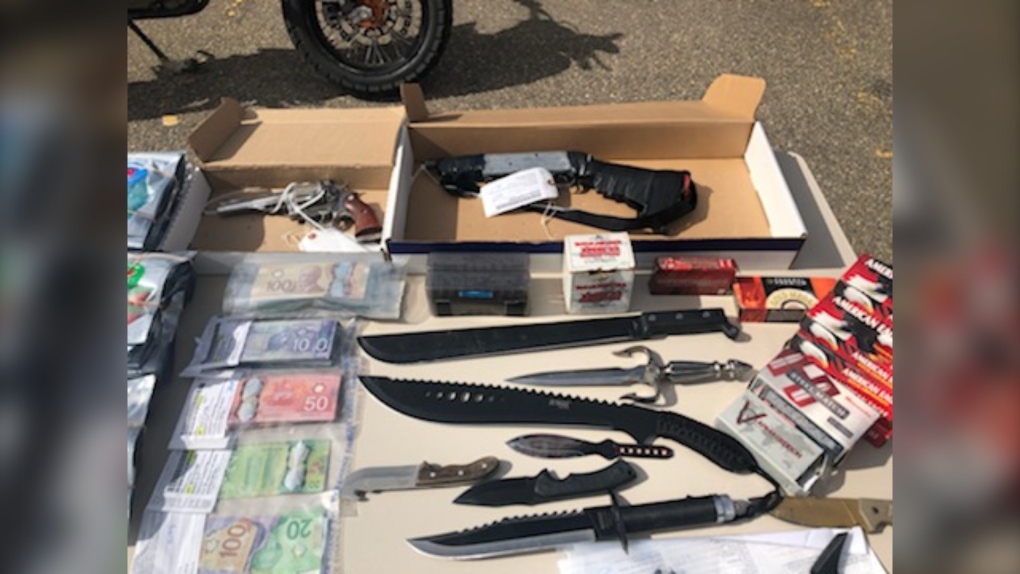 Some of the weapons recovered by Red Deer RCMP. (RCMP handout)

CALGARY -- Red Deer RCMP have released photos of stolen property recovered during the search of two residences last month as part of an investigation into alleged drug trafficking.

The searches, done in August, turned up what police describe as "large amounts" of methamphetamine, fentanyl, crack cocaine, psilocybin, and edible cannabis for the purposes of trafficking, along with a number of stolen vehicles which had the VIN or serial numbers altered.

“A seizure of this size indicates illicit drug trade and other criminal activities that can have trickle down impacts on public safety in the community,” said Sgt. Paul Glanville.

“Any time we can get dangerous drugs and weapons off the street, as well as recover stolen property, we consider that a good outcome.”

Jennifer Miller, 26, and Seth Bradley, 36, both of Red Deer, are facing charges relating to the seized drugs, property and weapons.

Deanna Regnier, 64, of Red Deer is also facing charges related to the investigation.

All three face the following charges:

Bradley faces one additional firearm charge, and further charges related to the stolen vehicles are expected.