Second-hand stores like Goodwill Alberta have seen a massive increase in sales as inflation rises.

Buying second-hand has become so popular there’s a term for it. It’s called ‘thrifting’, The people who do it call themselves thrifters, and many of them are into it for more than just saving a buck.

“There's certain things that I will spend more money for, but there's a lot of things, trendier items that you're not going to wear for very long, it's nice to get a deal," said Lynnette Emery, while shopping at the Goodwill Plaza location. “There's good quality items. The other thing too is even the reuse recycle portion of it right? Like there's all these clothes in here. Why not come shop at a store and you know, reuse items as well”?

As well as more buyers the pandemic has more people cleaning their closets, and it’s changing the type of donations seen in the stores. 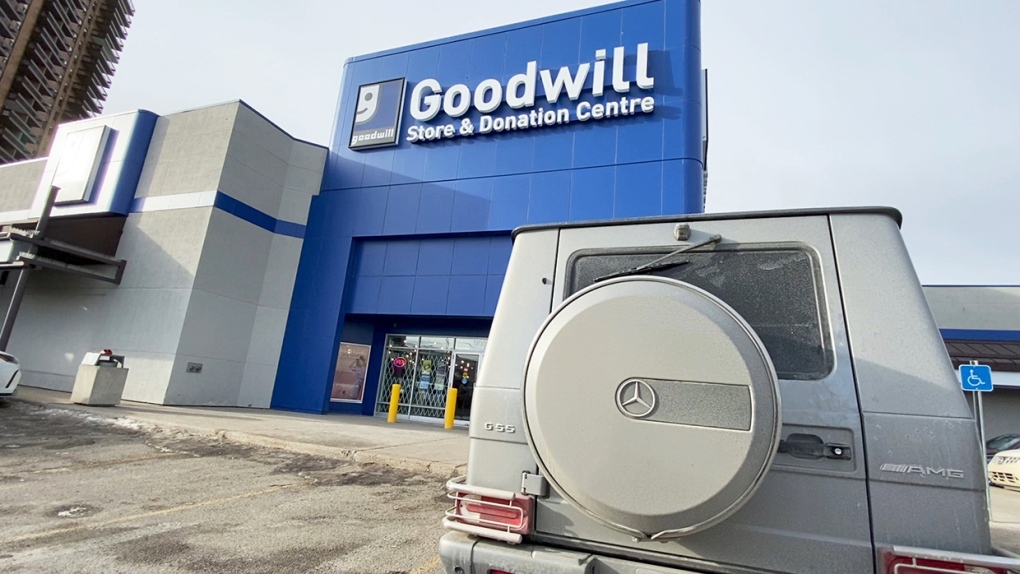 Buying second-hand has become so popular there’s a term for it. It’s called ‘thrifting’, The people who do it call themselves thrifters, and many of them are into it for more than just saving a buck.

“It's amazing. Some of the things and name brands that come through here. We've seen people picking up Gucci bracelets, Michael Kors purses, it's all over the map,” said Jasmine Robinson, Marketing Coordinator for Goodwill Alberta “We actually hit records last year, for the most donors we've ever had, in the 63 years, we've been an organization.”

The used market for clothing is as varied as the traditional retail market. Vespucci Consignment specializes in high end designer clothing. Brands like Versace, Chanel, and Burberry hang on the rack, but the price tags are half or less what a buyer would see in a retail store. 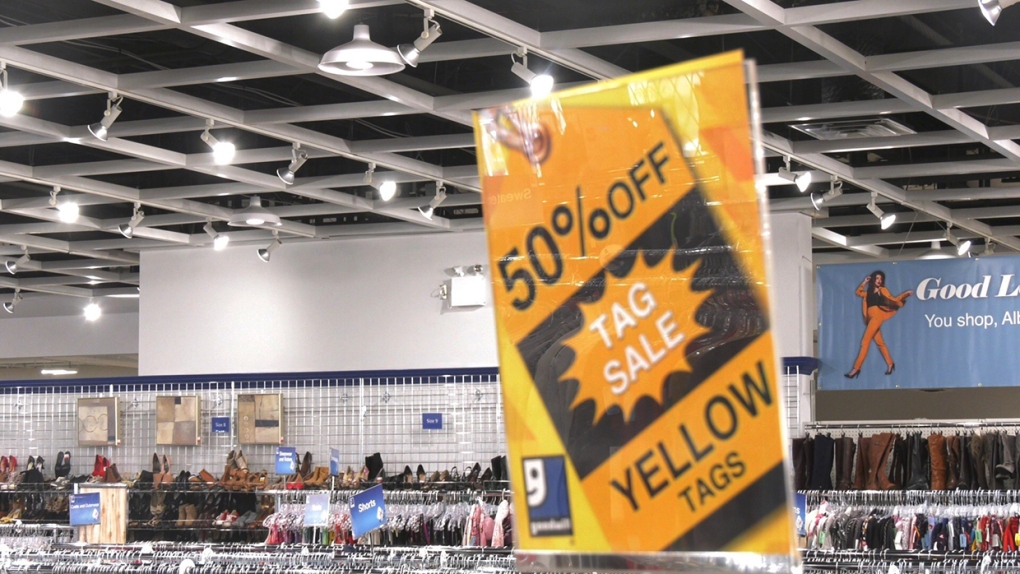 As well as more buyers the pandemic has more people cleaning their closets, and it’s changing the type of donations seen in the stores.

“That's definitely attractive to our customer base is they'll see these pieces that maybe they don't want to buy for full price, but they definitely want to get it for half the price," said Katy Skinner, Vespucci's marketing and social media coordinator. “Another factor is definitely sustainability. That's become a core value in a lot of consumers. They want to see that product life cycle extends - they don't want to waste, they want to give back.

"And this is a way they can do that.”

A2021 fashion industry report done for the group thredUP predicts ‘fast fashion’ will continue to grow by about 20 per cent in the next decade.  The reused market is set to outstrip that, growing by 185 per cent.

Fast fashion is defined as that type of clothing usually found at mall retailers, often made in developing nations, and not designed for long-term use.

Thomas Barnicki leapt into the reused market as a result of that sort of predicted growth. Barnicki used  to work at a high-end men’s store selling designer brand.

Now he's selling the same brands on consignment at a fraction of the price.

“When you hear the word pre-owned or used you think there's going to be rip stains and this and that, but the reality is, the majority of it is in like new condition,” said Barnicki who said once a garment leaves a consignment store and is worn again, no one knows it’s used.

"We are seeing a lot of young professionals purchase second-hand suits, (and) sport jackets, and you'd absolutely never be able to tell the difference unless you were to ask them - and they were to tell you”

Social media is also playing a big role in removing the stigma that was once attached to second-hand clothes. Grace Quinn operated all things GQ. The PR professional turned consignment retailer said her social media posts have dramatically boosted sales.

”It’s definitely attracting the young professionals most of my friends and my age – so the demographic of 21 to 31. I love it. It makes my heart very happy," said Quinn. “Now people are wanting to go because it's trendy and cool and you can find one-of-a-kind items.”