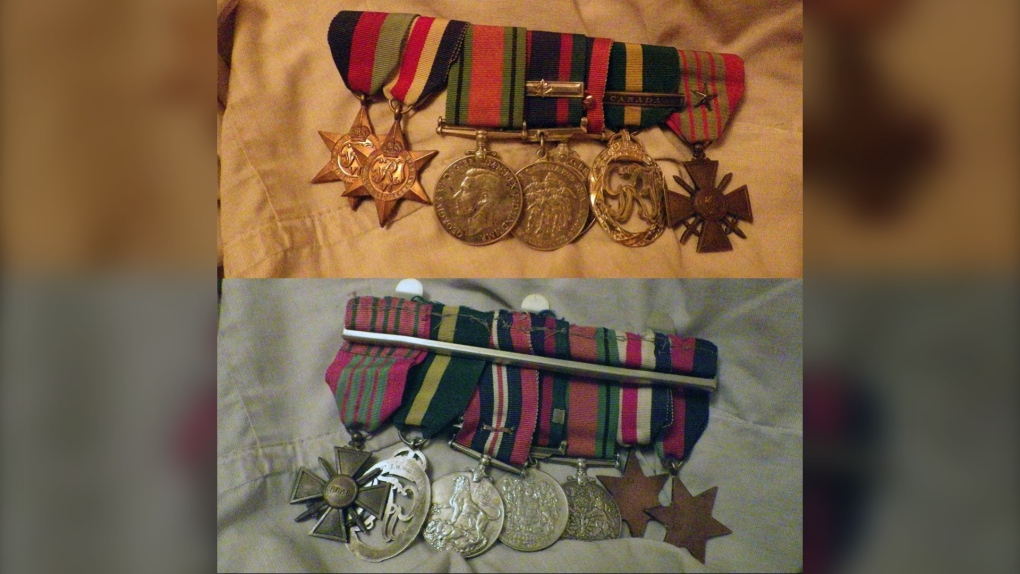 CALGARY -- Police are asking for the public's help in locating multiple medals from the Second World War after they were misplaced.

The owner believes the medals were lost during a Remembrance Day ceremony in the city's northwest.

The missing medals hold a high level of sentimental value to the owner and are described as:

Anyone with information about the medals or their whereabouts is asked to contact Calgary police at 403-266-1234.