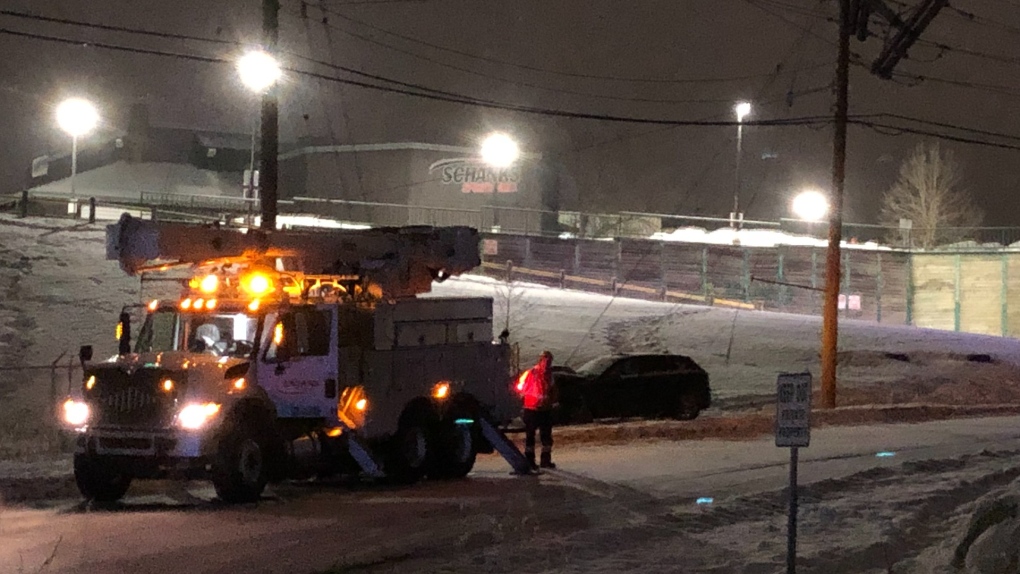 An ENMAX crew on scene following a Wednesday morning crash along Horton Road S.W. where an SUV struck a power pole.

CALGARY -- CPS members and ENMAX crews were deployed after an SUV struck and damaged a power pole in the city's southwest.

Horton Road was closed between Southland Drive and Hull Avenue S.W. and remained closed for the better part of the morning.

According to police, the crash occurred shortly before 5 a.m. and the cause of the crash is under investigation. No injuries have been reported.

This is a developing story. It will be updated throughout the morning.

ROAD CLOSURE:
Horton Road S.W. is closed in both directions between Southland Drive and Hull Avenue S.W., due to a fallen power pole.