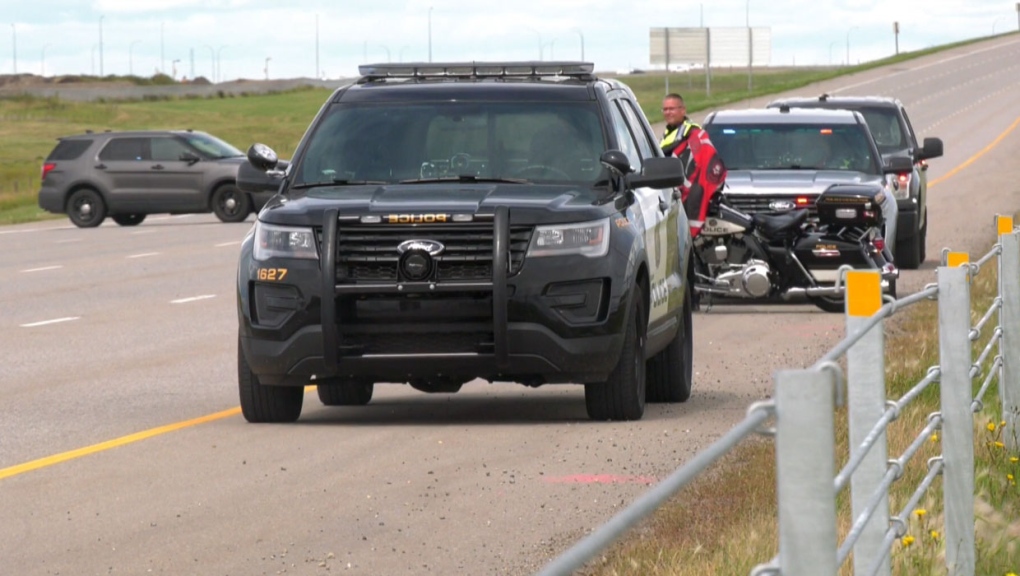 A woman was sent to hospital in life-threatening condition after she was hit by a semi tractor-trailer on Stoney Trail.

Police closed a section of Stoney Trail near Glenmore Trail for about five hours on Saturday afternoon after a woman was struck by a semi tractor-trailer while crossing the highway.

Emergency crews were called to the scene at about 12:40 p.m. in the southbound lanes of Stoney Trail near 114 Avenue S.E.

Calgary police tell CTV News the woman had parked her car on the side of the road and was attempting to cross when she was hit by the truck.

EMS says the victim was taken to Foothills Hospital in life-threatening condition but has since been upgraded to serious, but stable, condition.

There is no information about why the woman was attempting to cross the route.