The self-defence classes hosted by the Centre for Newcomers (CFN) are ones no one really wants to take, but lately, they seem necessary.

"I feel like there definitely are more hate crimes now with just Asians," said Chanel Ye, who took part in a number of the workshops CFN put on.

"On top of that, when COVID first started, I saw more glances towards me and so I definitely feel there is a need for these programs to be able to protect yourself better."

The empowerment workshops teach basic self-defence skills, like how to properly punch, grab or take someone down who may be attacking or threatening.

It's an issue, CFN's president says, that has become more common in the last two years. 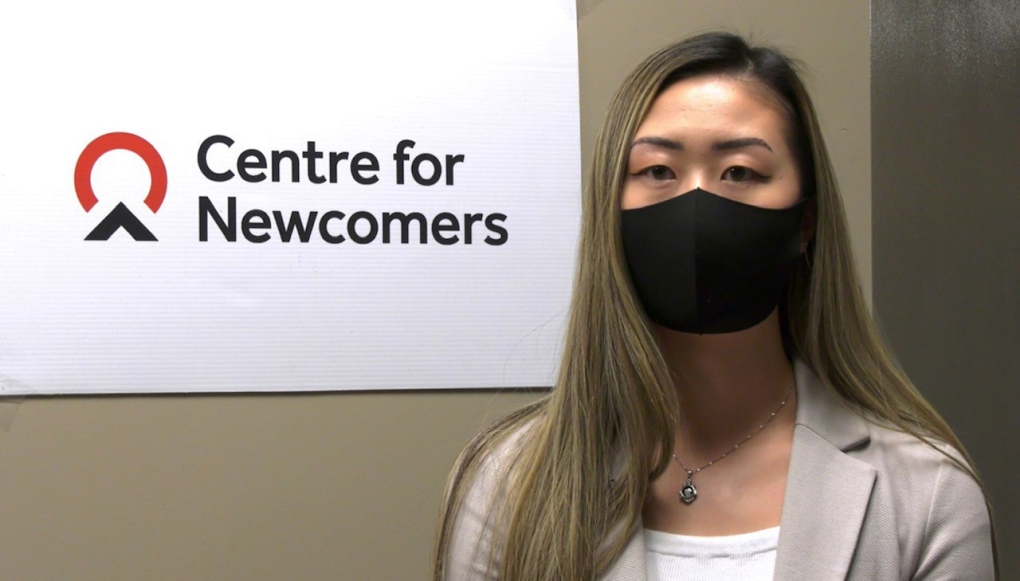 The empowerment workshops teach basic self-defence skills, like how to properly punch, grab or take someone down who may be attacking or threatening.

"Since the beginning of the pandemic especially -- the last 20 months -- we are seeing the frequency of (hate-related incidents) increase. So, whether they're reported on the news or not, the community will know," said CFN president and CEO Anila Lee Yuen.

Police have reported several hate and racially-motivated incidents in Calgary in the last two years. A man was charged just this past week after police say he hurled sexual and racial insults at a south Asian woman on the CTrain back in September.

CFN hosted a large self-defence class last week and is in the stages of planning more. Groups can connect with CFN to plan workshops on their website.