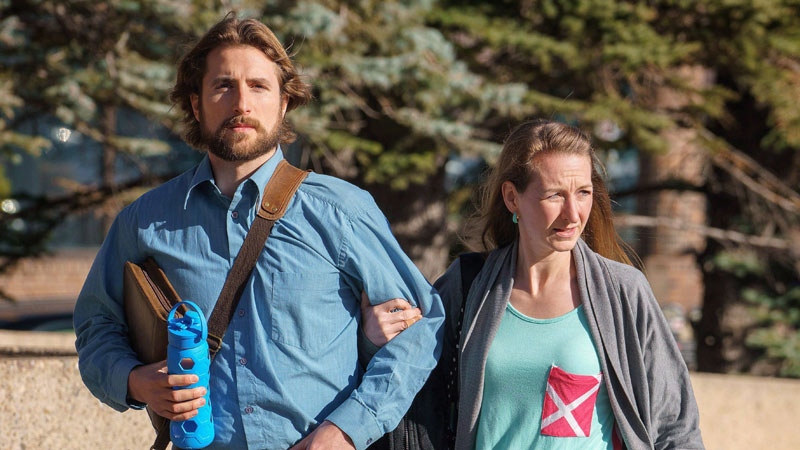 David Stephan and his wife Collet Stephan arrive at court on Thursday, March 10, 2016 in Lethbridge, Alta. (THE CANADIAN PRESS/David Rossiter)

Sentencing arguments will be presented next week in the trial for a southern Alberta couple who were found guilty of failing to provide the necessaries of life for their son who died in hospital four years ago.

David and Collet Stephan were charged in the death of their 19-month-old son Ezekiel in March of 2012.

The little boy contracted a lung infection and later died in Alberta Children’s Hospital from meningitis.

The Stephans, whose family helped start a nutritional supplements company, thought Ezekiel had croup or the flu and were using natural remedies including hot peppers, garlic, onions and horseradish, to treat the boy.

The defence argued the Stephans were loving, responsible parents who didn't realize how sick their son was and the prosecution said it was a clear-cut case of the couple failing to seek the required medical care.

A jury found that the couple waited too long to get their son the help he needed and they were found guilty in April of this year of failing to provide the necessaries of life.

A sentencing hearing is scheduled for June 23 and 24 but it's expected the judge will delay his decision until the fall.