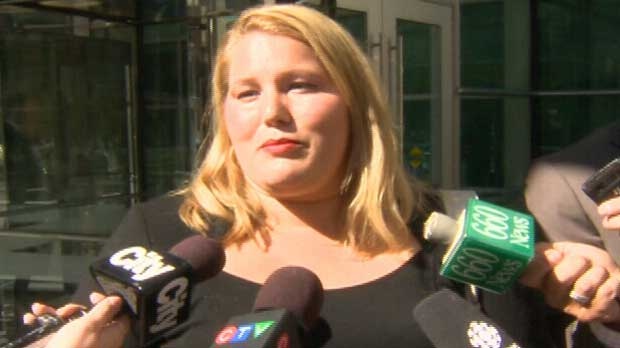 A Calgary judge has decided to reserve a sentencing decision in a bank robbery that involved the former president of Mount Royal University’s Student Association.

The culprit claimed she was armed and demanded cash from the teller. She made off with an undisclosed amount of cash.

Meghan Melnyk was charged with robbery, possession of a prohibited weapon and committing an indictable offence while disguised.

She pleaded guilty to the charges last August and has been out on bail with conditions ever since.

Melnyk appeared in court on Monday to find out her fate.

The Crown is looking for a sentence of four years and the defence is seeking a conditional sentence with no jail time.

The judge in the case decided to reserve his decision until September.

(With files from Elissa Carpenter)