CALGARY -- A case of vigilante justice has negatively impacted several businesses in Calgary and one in another province following a hate crime targeting the LGBTQ community earlier this week.

Patrick Chen, owner of The Barbershop in the community of Brentwood, said he received up to 10 calls to his shop earlier this week, some of them very threatening.

“They say 'I hate you. I’m going to burn down your shop. You wait and see - we are coming.”

This comes after an alleged hate crime was committed in the city Monday afternoon in Kensington. Police say two men and two women approached a same-sex couple and it's believed the two men attacked the couple using a belt, rocks and a recycling bin before leaving.

News of this sent shock waves through the Internet. Social media users linked the suspects in the incident to Brentwood Barbershop, which isn't Chen's shop. The distinction was blurred by the haphazard nature of search engines: Chen’s business got mixed in to a series of events he had no connection to and he became a target.

“When they google the barber shop this one pops up first so they believe I’m the one causing hate crime,” said Chen. 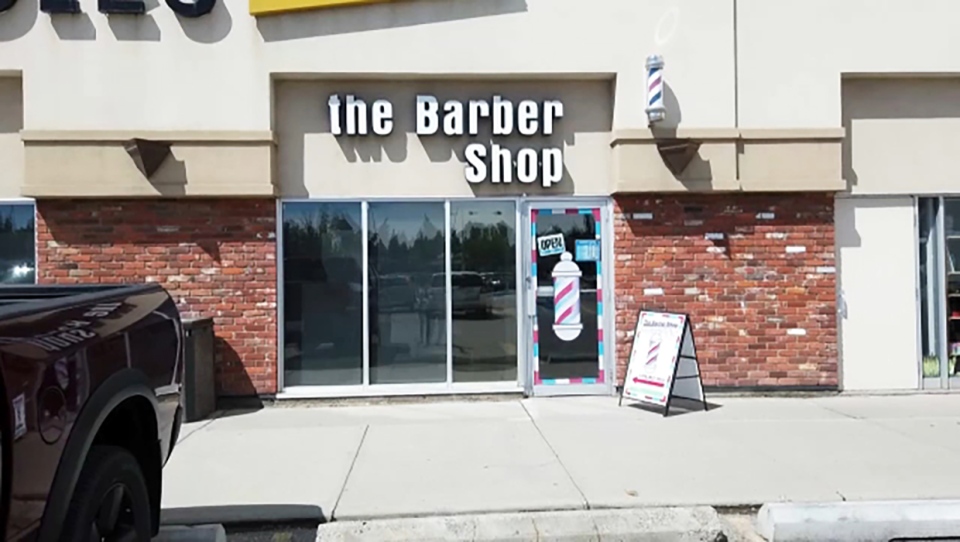 Rick Tetreault, owner of Brentwood Barbershop on Vancouver Island, has also been a target. He started received threatening and hate messages on Tuesday.

“I’ve worked really hard for the last 20 years in this neighbourhood to build trust with community and now it’s being pretty much whittled down to nothing in less than a few hours,” said Tetreault.

Both shop owners have struggled enough to make ends meet during the pandemic and now have to deal with the backlash of mistaken identity.

One of the suspects being investigated in the incident reached out to CTV News Friday morning saying in an email that the stories that have been circulated are "simply false" and “Our families have received death threats in the past few days as a result of these false allegations. We ask the public remember the common wisdom that every story has two side. We will provide ours in due course.”

Calgary police are still investigating the case and say no charges have been laid.

In a statement it says, “Information from the public is vital in the investigation and resolution of many cases and we appreciate that incidents like the alleged assault are of high interest to the public. However, members of the public trying to address these incidents through vigilante action or public shaming usually does more harm than good and can hurt innocent people.“

Chen says he is a very kind person and treats everyone with equality and respect. In fact, he says he has many clients who are part of the LGBTQ community.

He has reported the threatening phone calls to police.