Though Kaley Biggar is a Shawn Mendes super-fan she wasn't able to attend his concert in Calgary on Monday.

Biggar, 14, is being treated for a life-threatening illness. She was diagnosed with a yeast infection in her blood seven weeks ago, and has been receiving aggressive antibiotic treatment to clear up the infection.

Further complicating matters, Biggar is being transferred to Stollery Children's Hospital in Edmonton next week. There, on July 11, she's scheduled to have open heart surgery and get a pacemaker she's had since childhood replaced.

Biggar was born with multiple, life-threatening birth defects and has had 44 surgeries. She was born with three holes in her heart and is 100 per cent feeding tube dependent. 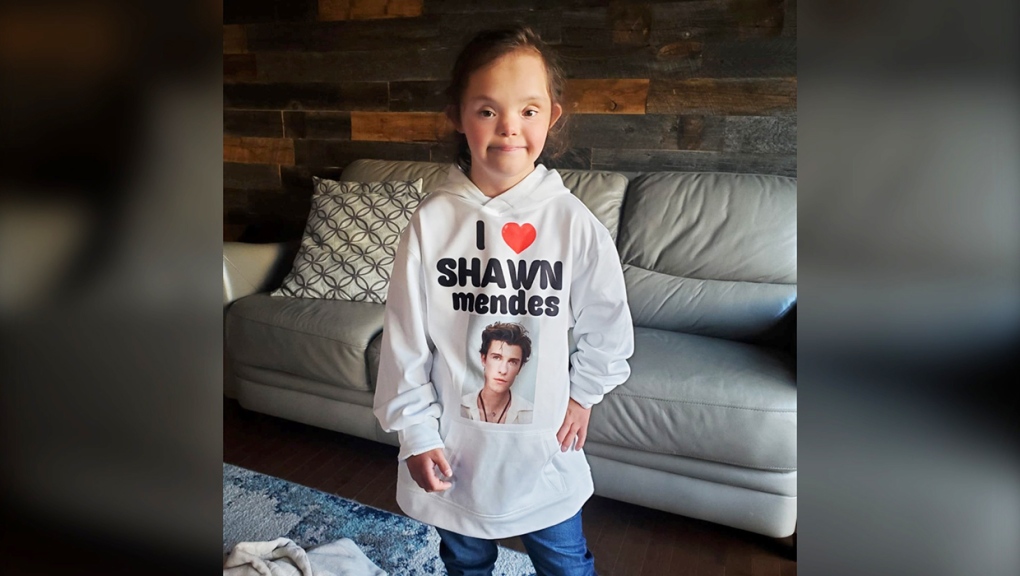 Kaley Biggar of Airdrie had tickets to see her idol Shawn Mendes play the Saddledome Monday, but can't go because of medical complications surrounding an upcoming open-heart surgery July 11
Mendes' Calgary performance was supposed to be the teenager's first concert experience, but Biggar couldn't risk catching even a minor infection as she prepares for her heart surgery.

The teen was devestated that she had to miss the concert, but hours before he performed, Mendes surprised the Airdrie resident with a video call.

"She was so excited," said Vicky Biggar, Kaley's mom. "It definitely brought a little bit of light back into who she is."

When the moment came for the teen girl to see her idol on her iPad screen, it brought the family joy during an intensely stressful time.

In March, her father Brodie Biggar, 43, died at home after complications with COVID-19 and diabetes.

Listening to Mendes' music and watching videos of him performing was something that bonded him to his teen daughter.

Biggar repeated to CTV News on Tuesday what she told Mendes during their special call.

Mendes sent Biggar an autographed hooded-sweatshirt that says "Kaley, I love you so much."