Tracey Bartie says her 15-year-old son Nate needs to wear an N-95 mask to school every day because he’s immunocompromised.

“In essence, if he gets a virus, he ends up with croup-like symptoms and ends up requiring a steroid that they give brain-injured patients, so its pretty hard-core.”

Premier Danielle Smith said Saturday the province will not permit any masking mandates on children in Alberta’s K-12 education system.

“The detrimental effects of masking on the mental health, development and education of children in classroom settings is well understood,” said Smith.

“We must turn the page on what has been an extremely difficult time for children, along with their parents and teachers."

Bartie says Smith is interfering with the health of many children, including her son.

“She's not a medical doctor, and with all due respect to her, to say that they're taking it away forever is, No. 1, premature,” said Bartie.

“She's totally out of her bailiwick and she's going to force a lot of people to make hard decisions for their kids. Do they stay in school and get their social needs met, or do they stay home and stay physically safe?” 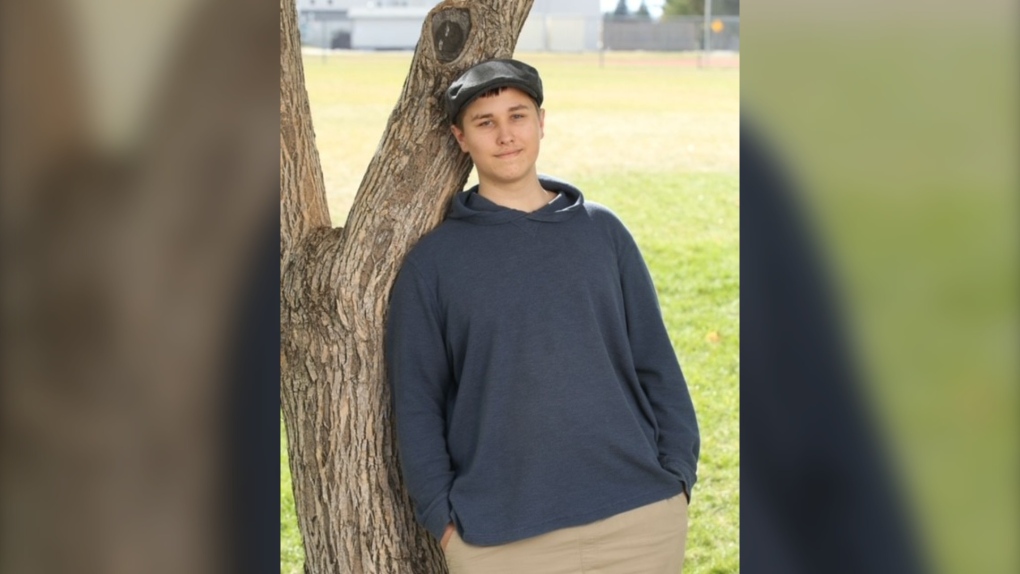 Nate Bartie, 15, has acquired respiratory distress syndrome and wears an N-95 mask to school every day.

Bartie says banning all future mask mandates will be detrimental for her son.

“I think the biggest thing for me is that it upsets me – it actually makes me very angry – that they're disenfranchising a whole group of kids,” she said.

Edmonton mother Monique Guillamot has a son with Dravet syndrome, which is a life-threatening illness.

She says her son’s immune system is completely compromised, and he has not been able to be vaccinated against COVID-19.

“When he got COVID, (in March and August) he was bedridden for over two weeks,” she said.

“He had huge secondary effects of pneumonia. He was completely dehydrated. It was very scary. He had grand mal seizures.”

Guillamot believes Smith might not stop at schools, suggesting she could ban masking on kids in other places.

“Is she going to do this in the kids’ unit at the hospital, for example?” said Guillamot.

“The government and the current premier need to sit down and have conversations with the people who've been working in these buildings for the last two years in dealing with the pandemic on a level that she has not had to do,” said Schilling.

Noel Gibney, professor emeritus in the department of critical care medicine at the University of Alberta, says masking works.

“Masking has been shown to be extremely efficient and effective in reducing infections in schools, preventing transmission not only in schools, but also more broadly within the community,” said Gibney.

“It's placing herself in a situation where she potentially and her government would be responsible for potentially poor medical outcomes in the event of another pandemic.”

CTV News reached out to Smith’s office for more context on her reasoning behind her statement, but did not receive a response.