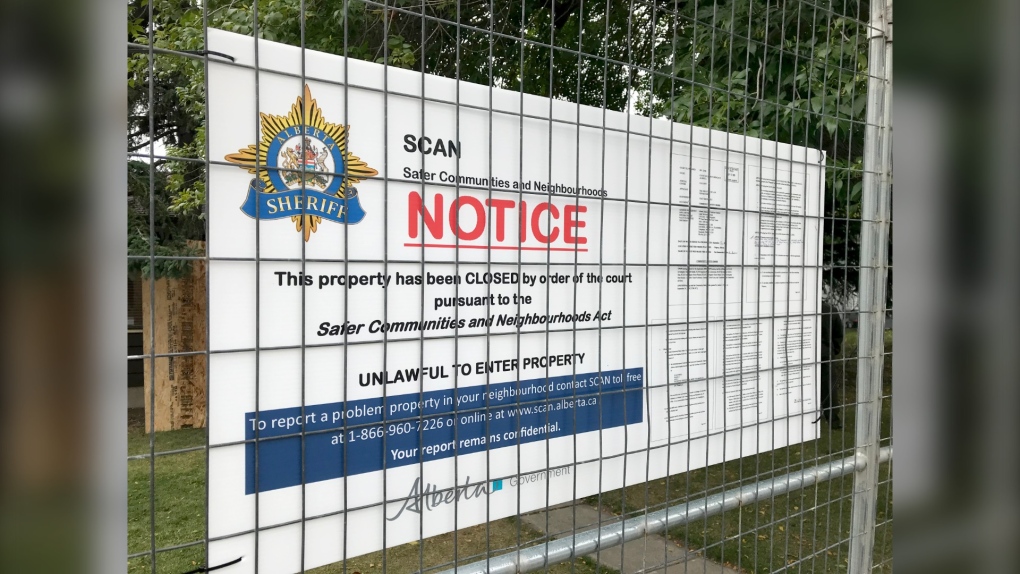 CALGARY -- The Alberta Sheriffs have shut down a northeast Calgary house that has been a known source of drug use and criminal activity.

After several complaints, the Safer Communities and Neighbourhoods (SCAN) unit obtained a court order against the owner of a home in the community of Renfrew, resulting in a closure of the property for 90 days.

“Law-abiding residents of this community should not have to tolerate this kind of activity that endangers their families. I applaud law enforcement for their decisive action in making this community safer,” Justice and Solicitor General of SCAN Kaycee Madu said in a news release.

The closure took effect on Dec. 21, which allows authority members to board up the house, change locks and put up a fence around the property to bar the owner or any other occupants from entering for 90 days.

In April 2020, SCAN’s investigation began at the home in response to several complaints from the community about drug use, drug trafficking and related criminal activity associated with the property.

According to SCAN, records indicate the Calgary Police Service responded to 143 incidents at the property between Sept. 2018 and Sept. 2020

Incidents include a stabbing, a home invasion, two fatal drug overdoses and several noise complaints between midnight and the early morning hours. A police search warrant in Dec. 2019 resulted in the seizure of stolen property.

“SCAN investigations give authorities the ability to stop criminal activity that endangers law-abiding Albertans, and their work ensures appropriate legal consequences for property owners who permit criminal activity on their property,” said Madu.

The property is now for sale and must remain vacant during the 90-day closure, but sheriffs can grant the owner and a realtor access to show the home to potential buyers.