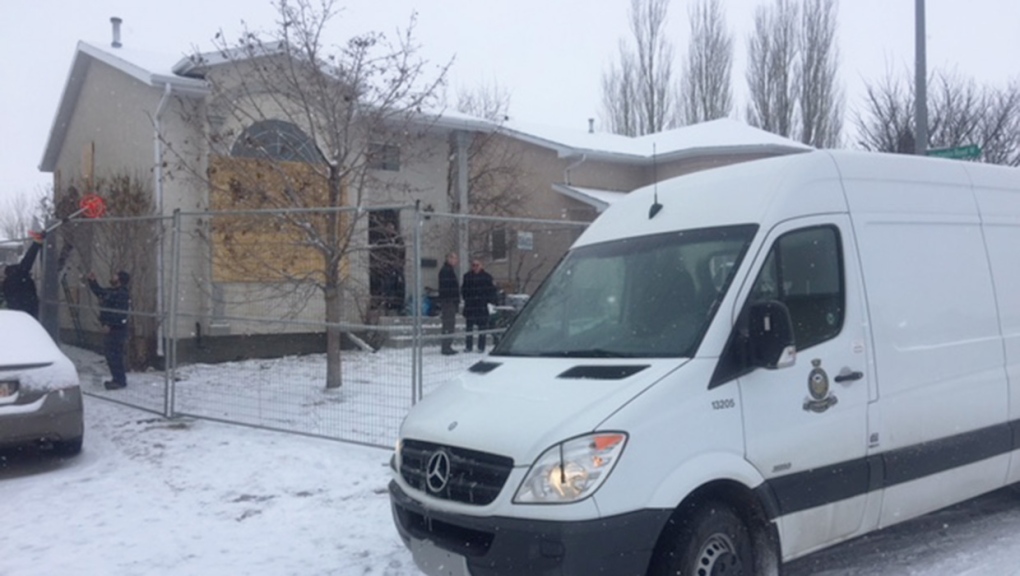 LETHBRIDGE -- Crews have fenced off a home in the Lethbridge neighbourhood of Indian Battle Heights following an investigation into alleged drug trafficking and drug use.

The doors and windows at 82 Assiniboia Way were boarded over Tuesday afternoon and the locks were changed. The residence will remained closed for the next 90 days.

According to Alberta Sheriffs, a Safer Communities and Neighbourhoods (SCAN) investigation was launched in March 2018.

The Lethbridge Police Service responded to the home on nearly 60 occasions between January 2017 and October 2018 for calls  including a home invasion, windows being smashed and needle use on the front lawn.

“Within a month, we obtained the evidence that we needed on drug activity, and we issued a warning letter to the homeowner who lives at the property that the drug activity has to stop," said Insp. Mike Letourneau with SCAN south.

Drugs, weapons and a significant amount of stolen property were seized during the execution of three separate search warrants.

Inspector Letourneau said the activity slowed down until about February 2019 when a second investigation was launched and  officers observed several drug transactions and a large number of people coming and going from the house.

"There’s been some extreme measures taken, where neighbours have moved, quite frankly. Two of our complainants had to disappear out of the area, because they couldn't live with the volume of traffic that was coming to this property," Letourneau said.

LeeAnne Arnott, who has has lived on the street for about two years, said when she first moved into the area, people from the home would offer to let her play with their dogs, and take them to the park.

But she said there were always different people coming and going, and some of their behavior was suspicious.

"One time me and my sister were sitting in my car and a bunch of them ran up to the car, and we kind of knew something was going on.," she said.

The owner of the property was charged in December 2019 after methamphetamine and drug paraphernalia were seized from the home.

"Law-abiding residents of this community can take their neighbourhood back and breathe easier today, thanks to the SCAN unit," said Doug Schweitzer, Minister of Justice and Solicitor General, in a statement released Tuesday. "We value the relentless efforts of the Alberta Sheriffs and their law enforcement partners to keep Albertans safe, secure and protected."

The home will remain cordoned off until Apr. 6 and the property will remain under conditions through Dec. 17, 2021.

With files from Terry Vogt