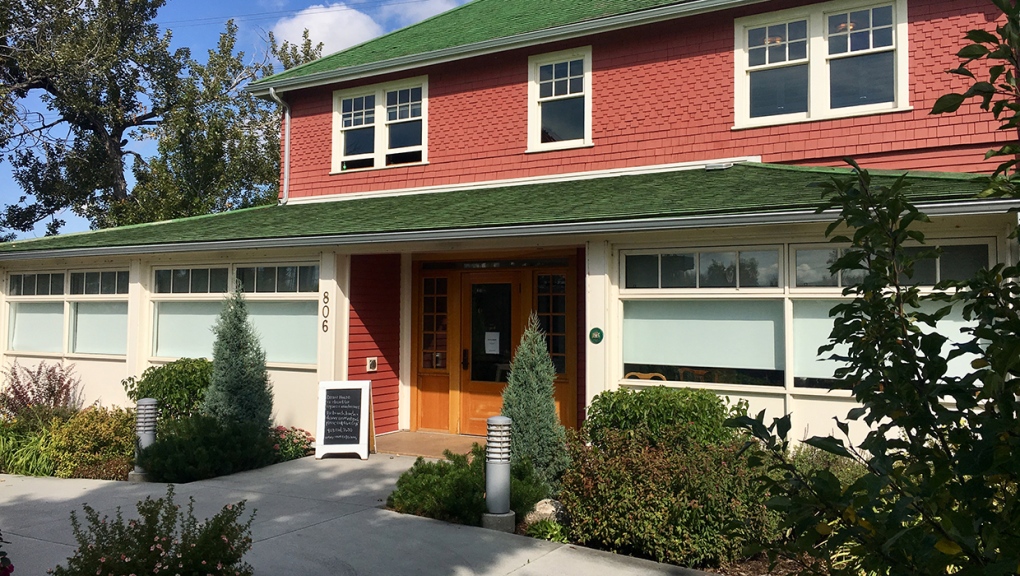 An historic building in Inglewood has been temporarily closed to the public as crews make repairs following recent flooding.

During the process of closing on Sunday, September 8, a sprinkler valve ruptured and flooded all four floors of the building.

"It was so dramatic," explained Sal Howell, Deane House proprietor. "Water was coming through the light fixtures, through the ceilings, coming down the stairs in a torrent."

Despite the best efforts of staff on hand, the massive surge of water continued and quickly forced the evacuation of the building.

"The best description the staff came up with for the experience was they felt like they were in the Titanic."

After assessing the "shocking" damage, Howell discovered the age of the building was a major factor. "This beautiful old house was just like a sponge and absorbed that water."

The building, situated near the confluence of the Elbow River and Bow River, was constructed in 1906 for Captain Richard Burton Deane of the Royal Northwest Mounted Police.

Deane House officials say all September weddings will be relocated to the River Cafe in Prince's Island Park.

As the focus now shifts to recovery and reconstruction, Howell says future visitors to the Deane House can expect the same rustic experience when the building reopens.

"We had done extensive renovations in 2016, and we’re going to put it back exactly the way it was back then."

After contending with the floods of 2005 and 2013, Howell said she did not anticipate a third one to come from within one of her properties. "It’s a massive setback, but as they say in hospitality, expect the unexpected."

The Deane House is expected to remain temporarily closed until at least January of 2020. In the meantime, Howell encourages guests to continue to visit the adjacent public garden, or her other restaurant at River Cafe.

DH is closed for repairs this fall, following a sprinkler valve failure that caused extensive water damage throughout the historic house. For more info on our closure visit the link in our bio. From everyone on the Deane team, thank you for your continued support! Back in 2020!♥️ pic.twitter.com/EOA5GIfGZy